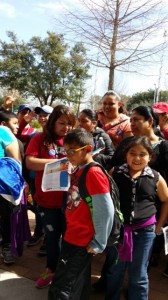 Regarding "Board president spares 3 schools from closure" (Page B1, March 6), the decision of the Houston Independent School Board to keep Port Houston Elementary open was critically important to the surrounding community.

The closure of the school would not only force its children to attend a far distant school, but it also would have eliminated an institution which gives vitality, stability, a sense of confidence and well-being to the community.

I want to thank the HISD board for this decision and congratulate parishioners of Divina Providencia Church, its pastor, Father Chris Plant, the parents of the children, and Neighbors in Action for working with The Metropolitan Organization (TMO) to keep Port Houston open.

They have demonstrated Pope Francis' exhortation for parishes to get involved in the community.

As Pope Francis stated: "I prefer a church which is bruised, hurting and dirty because it has been out on the streets, rather than a church which is unhealthy from being confined and from clinging to its own security."

-- By Joseph A. Fiorenza, Archbishop Emeritus of Galveston-Houston