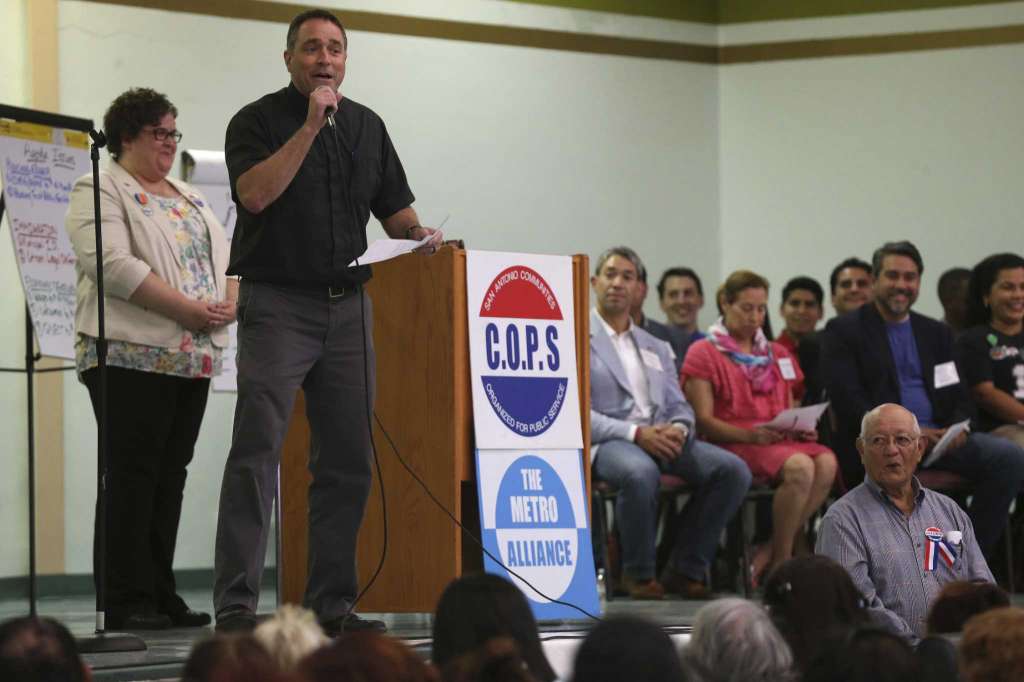 Last April, Mayor "Nirenberg and council members Roberto TreviÃ±o, William "Cruz" Shaw, Rebecca Viagran, Rey SaldaÃ±a, Shirley Gonzalez and Ana Sandoval all publicly committed to boost funding for rehabilitation. According to the San Antonio Express-News," Then Mayor Ivy Taylor did not attend the accountability session, nor would she make the same commitment."

COPS / Metro leaders delivered 8,555 people to the polls in support of their issues agenda.