Landlord Puts Families at Risk of Homelessness; Immigrant Tenants & MOC Fight Back Despite the Odds 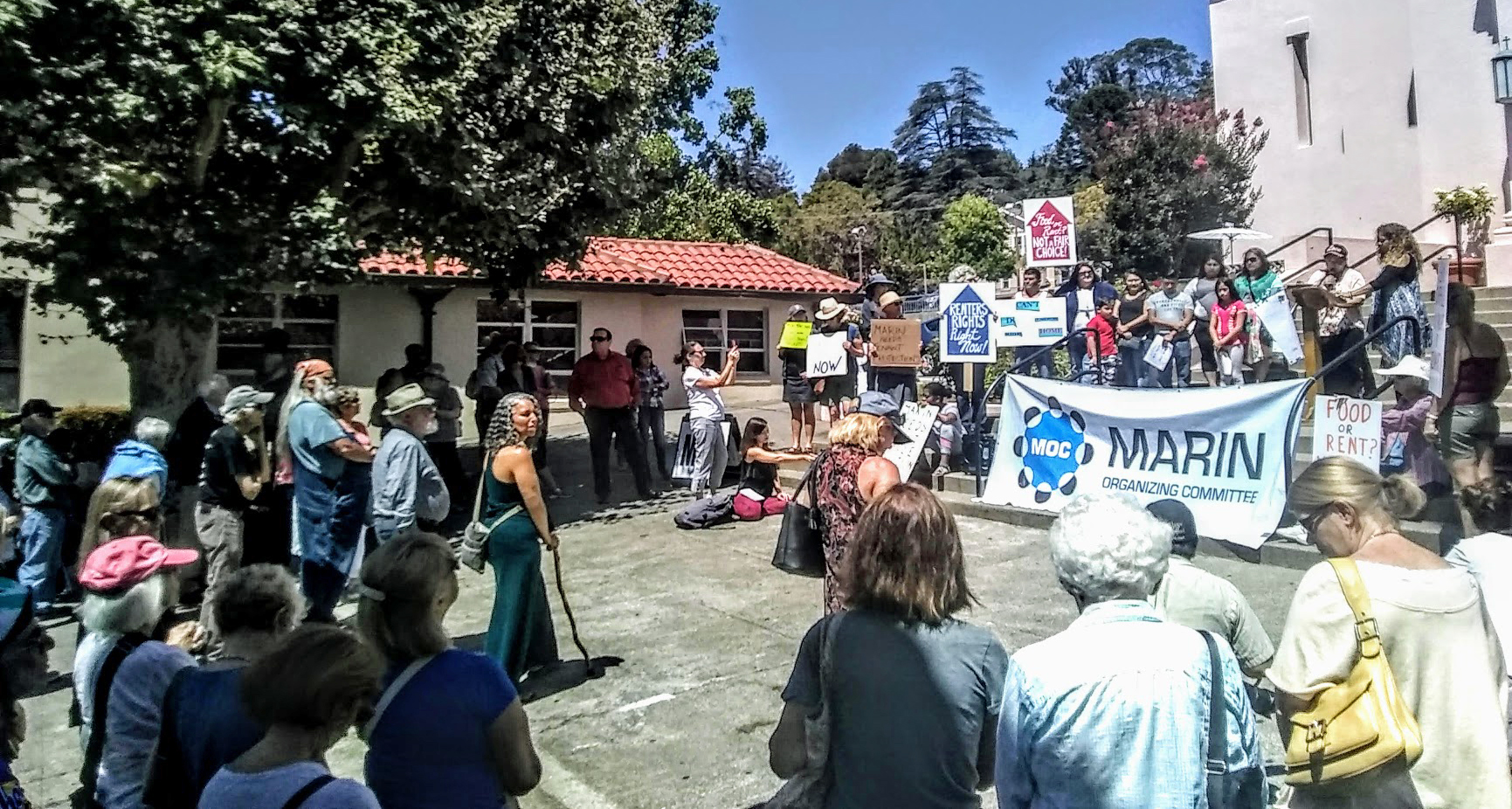 Despite fear of eviction, forty tenants in San Rafael, CA worked with Marin Organizing Committee (MOC) and Marin Legal Aid to fight back against a 40% rent increase that puts most of their families at risk of homelessness or displacement. After a change in ownership, rent was increased by $700 a month with only 60 days notice.

Having successfully advocated the passage of a Mandatory Mediation Ordinance in 2017, MOC is now pushing for passage of a Just Cause Eviction ordinance which would establish a set of criteria for eviction and provide stronger protections for tenants in a County with historically weak recourse for renters.