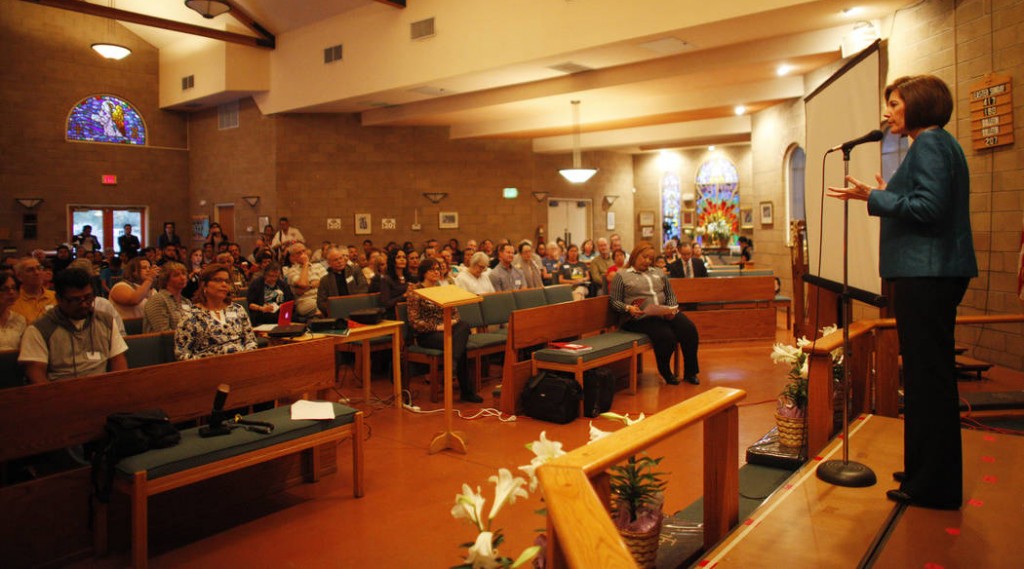 200 leaders of Nevadans for the Common Good were joined by US Senator Catherine Cortez-Masto for a civic academy on immigration at All Saint's Episcopal Church. People participated in the session in order to "learn the facts" about immigration, build relationships with each other and conduct public business with Senator Masto.

Said NCG leader Matt Estes, "It's really important that we get some of this information out because there's a lot of myths and a lot of stories." Chimed in Jeanne Ward-Estes, the event only "touched the tip of the iceberg."

Cortez-Masto: The Immigration System is Broken and It Must Be Fixed, Nevada Independent