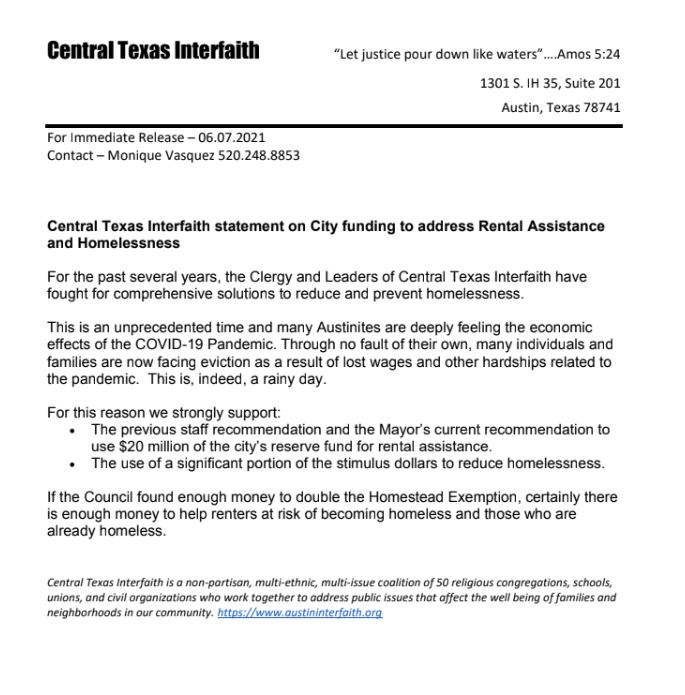 Leaders with Central Texas Interfaith – a non-partisan coalition of religious congregations – are also pushing the city council to act.

Jonathan McManus-Dail, the assistant priest at St. Julien of Norwich Episcopal Church, said the city should use available federal funds to make an immediate impact.

“I think many people, myself included, want more urgency around this issue because we see people suffering,” McManus-Dail told KXAN.

Austin has been criticized for not prioritizing permanent supportive housing efforts in the past. Homelessness advocates say the need for urgency has only intensified since the passage of Proposition B.

"We hold these truths to be self-evident, that all men are created equal, that they are endowed by their Creator with certain unalienable rights that among these are life, liberty and the pursuit of happiness." These are foundational words upon which this country was built and the creed which Americans are to believe and live by. There is no room for hate and bigotry with these words. These words are inclusive of all men â€” white, black, brown, educated, uneducated, rich and poor, people of faith and of no faith.