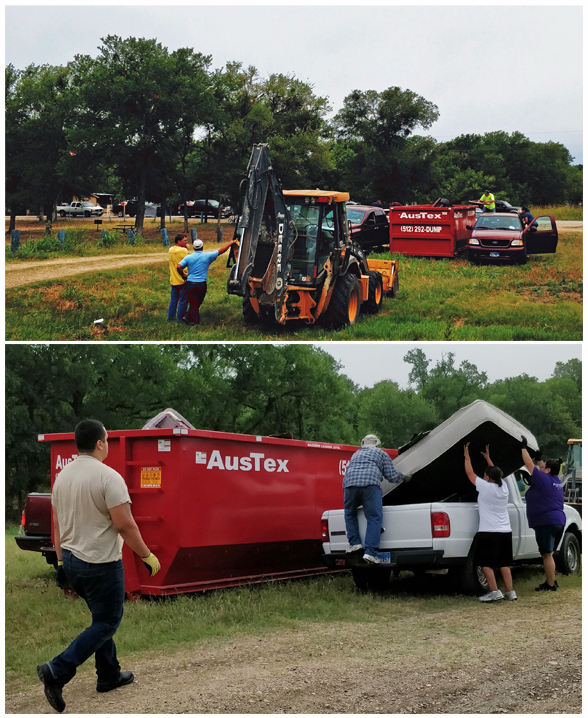 After hearing from immigrants about their reluctance to report crime, including domestic violence, for fear of being detained, Bastrop Interfaith leaders initiated a conversation with Bastrop County Sheriff Maurice Cook about community safety, including improved communications between the Sheriff’s Department and the community. Leaders will soon meet with Bastrop County’s Crime Prevention Deputy and Victims Services Coordinator in order to advance the conversation.

In previous house meetings, residents of Stony Point had identified trash in their neighborhood as an issue of concern. Leaders worked with Bastrop County Judge Pape, helping leverage a county-funded free clean up day last fall. It proved so popular that resident leaders negotiated a second clean up, held the first weekend of June. Over 40 people hauled pickup loads of trash to the dumpsters, some making several trips! Bastrop Interfaith leaders used the opportunity to talk to people while they waited in line, to better understand their concerns and to include them in upcoming house meetings.