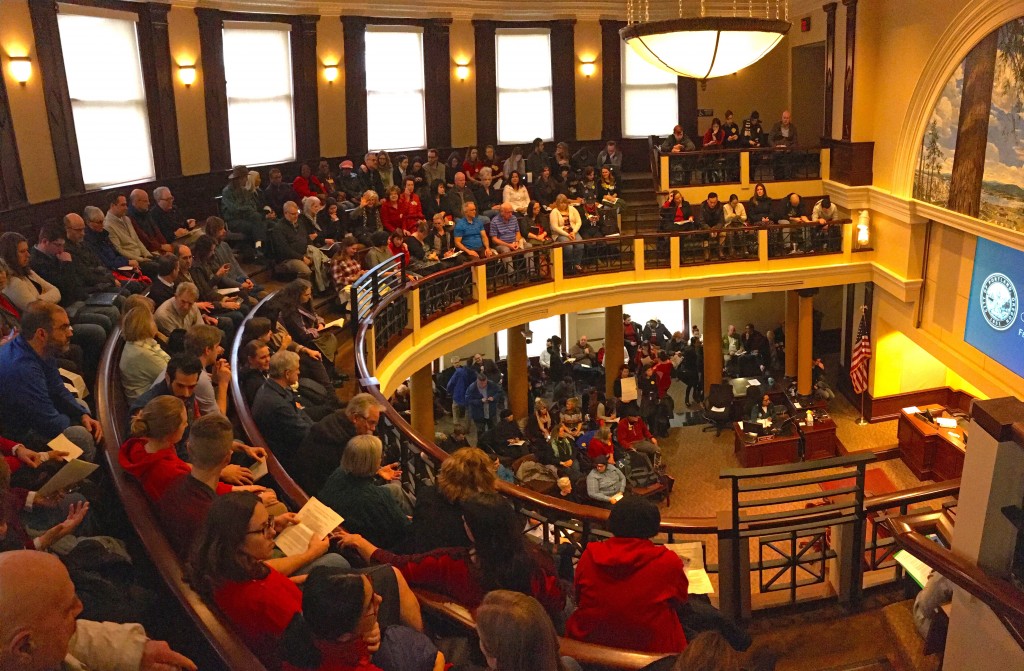 As part of a larger strategy to secure affordable housing options in Portland, Oregon, leaders of the Metropolitan Alliance for Common Good (MACG) and allies secured unanimous passage of an emergency tenant relocation assistance ordinance, persuading an "on the fence" Commissioner to support the measure. Seventy-five MACG leaders packed City Hall chambers, with direct views of the commissioners as they voted. 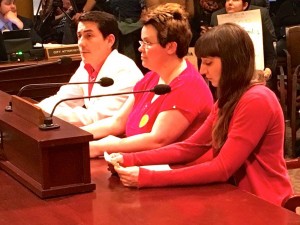 Three MACG leaders testified in support; one read a statement from a St. Andrew parish leader who had been prepared to speak, but stayed home due to recent ICE activity in the city.

MACG Leaders Push for Tens of Millions for Affordable Housing

In July, leaders of the Metropolitan Alliance for Common Good approached the Portland Housing Advisory Commission (PHAC) to increase the amount of Portland's Tax-Increment Financing (TIF) set-aside money reserved for affordable housing from 30% to 50%. "We are in a crisis and people are being dispossessed from their homes and their neighborhoodsâ€¦.It's bad and it's going to get worse if we don't do something," said MACG leader Bob Brown.

On September 1st 97 MACG leaders packed the scheduled PHAC review hearing. The Director of the Portland Development Commission argued that increasing financing for affordable housing would necessarily involve reducing support for other services. A key MACG ally and former senior housing policy manager for the Portland Development Commission found $55 million in the budget currently not in use, that could be used for affordable housing. According to her, "credit should go to MACG for organizing and understanding that investing in affordable housing supports their goals of creating a healthy economy."