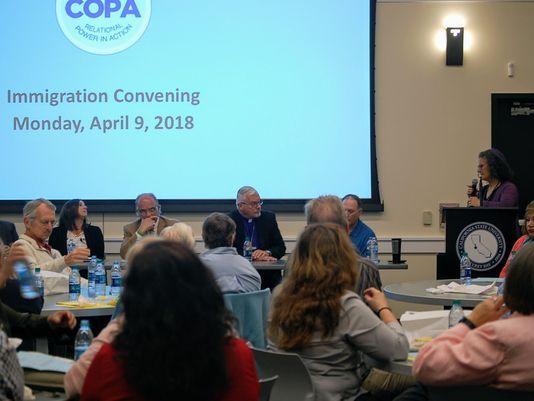 In an event convened by COPA, clergy and judicatories from Catholic, Methodist, Lutheran, and Jewish backgrounds called on the business community to join them in a collective effort to identify solutions to the lack of immigration reform. Immigrants shared stories about the impact of legalization in the 1980s and the challenges of providing for family without authorization to work.

In turn, agricultural industry leader Wesley Van Camp of agribusiness Tanimura & Antle reaffirmed her commitment to fight for immigration reforms and pointedly noted the absence of industry leaders in construction and hospitality in advocacy efforts. "I take that on as a bit of a challenge," said Don Chapin of Chapin Construction " I couldn't agree more." 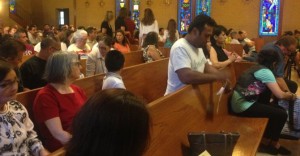 Dallas Area Interfaith, with member institution Workers Defense Project, has proposed a City ordinance that would mandate water breaks for workers every four hours, bilingual signs explaining the ordinance posted at work sites and a fine levied on employers for every day there is a violation. Said Fr. Joshua Whitfield with Santa Rita Catholic Church, "a city ordinance would be creating a culture of safety and health in the Texas heat."

Last month, 500 DAI leaders unleashed a tidal wave of pent up energy with the public launch of a campaign zeroing in on what Dallas-area residents can do about immigration reform in the Dallas area. Catholic Bishop Douglas Deshotel and dozens of clergy from Catholic, Jewish, Presbyterian and Methodist denominations blessed the campaign, kicking off a summer of action to address key pieces of the DAI immigration agenda.