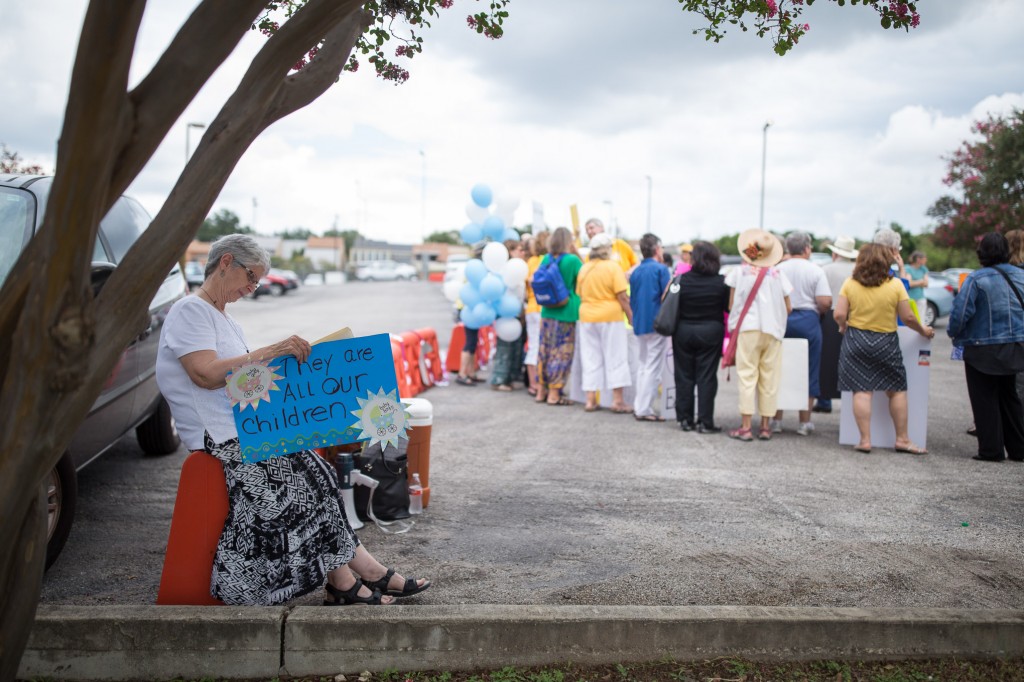 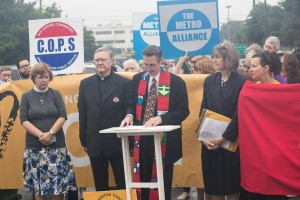 More than 60 interfaith allies, including leaders from COPS/Metro Alliance, demanded an end to the detention of refugee children and mothers in private prisons at Dilley and Karnes City, Texas. Leaders held a press conference on Friday, May 8th at the San Antonio ICE field office, during which Fr. Walter D'heedene from Sacred Heart Catholic Church spoke, alongside leaders from the Unitarian Universalist Service Committee (UUSC), the Interfaith Welcome Coalition, the Texas Unitarian Universalist Justice Ministry (TXUUJM), and RAICES.

The group attempted to deliver petitions calling for an end to imprisonment of refugee children.