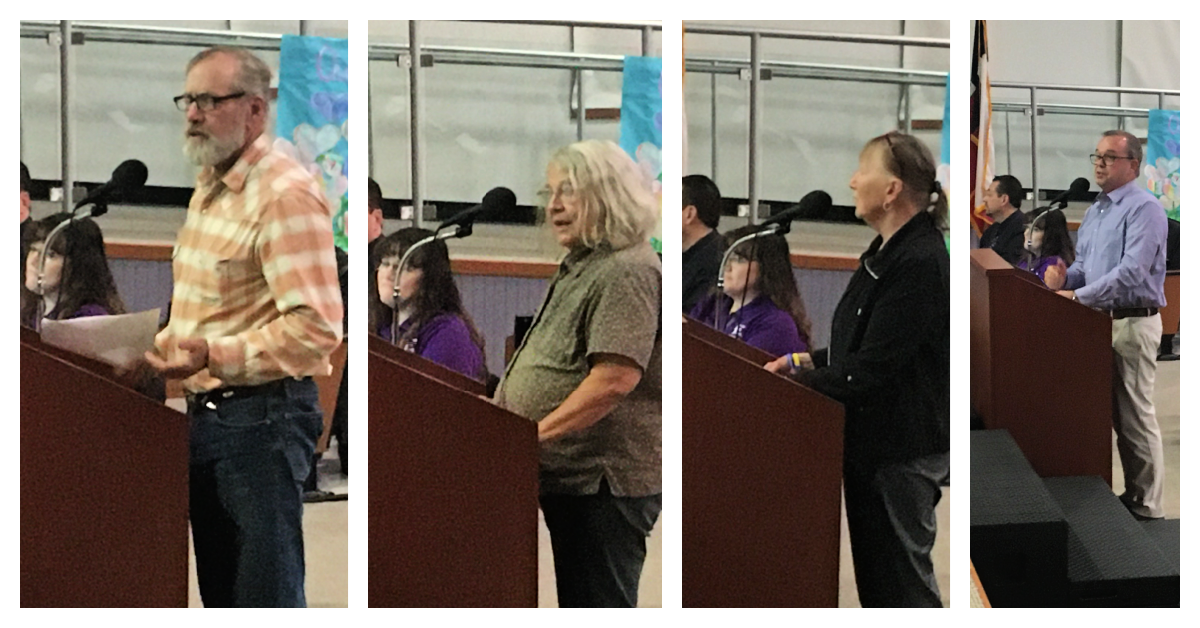 Bastrop Interfaith and Friends of the Land, a farmland preservation coalition, worked with local Elgin residents and landowners to defeat a 10-year Chapter 313 corporate tax abatement at the Elgin ISD School Board last night by a unanimous vote. Solar Proponents, a startup owned by an oil and gas hedge fund, would have clear-cut over 2,100 acres of trees bisected by Little Sandy Creek to build an industrial solar farm. While the community had been testifying monthly since May at the school board meetings against the project, last night was the first time the public got to hear from Solar Proponent about the project. Speakers argued the project endangered Greenbriar Community School and neighboring homes with water runoff in an area already prone to flooding with an already diminishing refuge for wildlife.

“In these past six months, we haven’t heard a single person speak in favor of this project. Compare that to more than 1100 signers of our petition to stop this project and all the comments here you have so patiently listened to since then,” said Skip Connett, a leader with Bastrop Interfaith and founder of Friends of the Land at last night’s school board meeting.

“We spoke for our communities and our trees. Our school board listened,” Connett said after the vote.

This past May, Bastrop Interfaith and Friends of the Land, one of its member institutions, opposed the initial Chapter 313 application which would have given the company a 10-year school property tax abatement from Elgin ISD. Chapter 313, Texas’s largest corporate welfare program, costs taxpayer $1Billion/year to fund these tax breaks, money which could be going to public schools.  Chapter 313’s reauthorization was killed last legislative session by Bastrop Interfaith and the Texas IAF along with allies. However, the program doesn’t expire until this December, and there has been a rush of nearly 500 applications by companies looking to get tax breaks before the deadline.