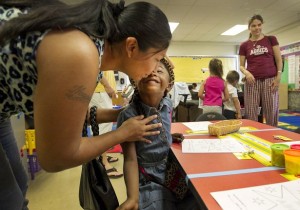 "The switch at Travis Heights has been in the making for nearly three years. Austin Interfaith, a coalition of schools, churches and unions, and district labor group Education Austin ...reached out to 100 campuses before they found a partner in Travis Heights willing to become a charter.

"Travis Heights is looking to partner with Education Austin and Austin Interfaith to start an in-district charter model allowing the school to have more autonomy. The school would focus on curriculum with its dual-language program, service learning model and a piloted blended learning program that incorporates digital media, Carstarphen said. 'They're not asking for more money; they're asking for more flexibility....'"