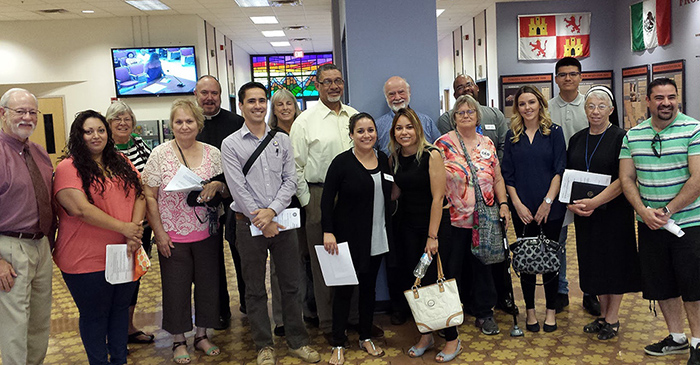 After a campaign that included educating County Supervisors about the economic (and life) impact of JobPath workforce development program, leaders of Pima County Interfaith won a 18% increase in funding for the program, from $423 thousand to $500 thousand. Pima County Board of Supervisors voted 4-1 for the increase after Pastor Steve Springer of Dove of Peace Lutheran Church and Lindsay Leonard, a JobPath graduate, spoke.

Former students like Patty Popp credit JobPath for helping them bridge the gap between minimum wage work and a living wage career. After training for an associate's degree in radiologic technology, she kept on advancing to her current position as Director of Clinical Operations at Radiology Limited. Her story can be read in the first article below.

After collective bargaining with the city manager stalled, the police officers union asked The Border Organization (TBO) for help. Politicizing the issue of police pensions and wages, police union firefighters and TBO leaders targeted the City Council, meeting with individual members to line up the four votes they needed. On the day of the vote, police, firefighter, cafeteria worker and TBO congregational leaders piled into the chambers. After a two hour debate, the council unanimously voted to increase city retirement matches on police and firefighter pensions, maintain previously promised step increases, AND increase all city worker wages by 2%!