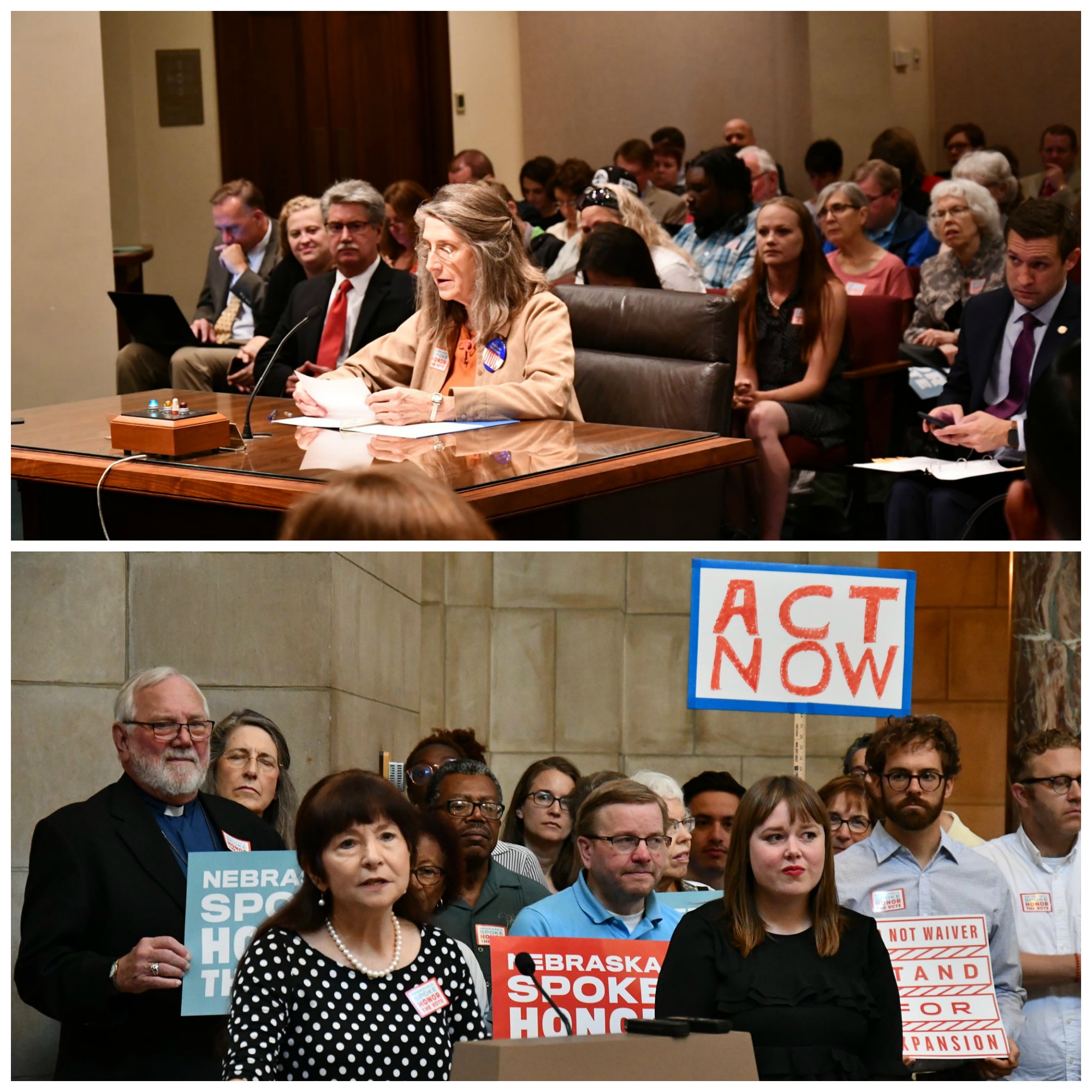 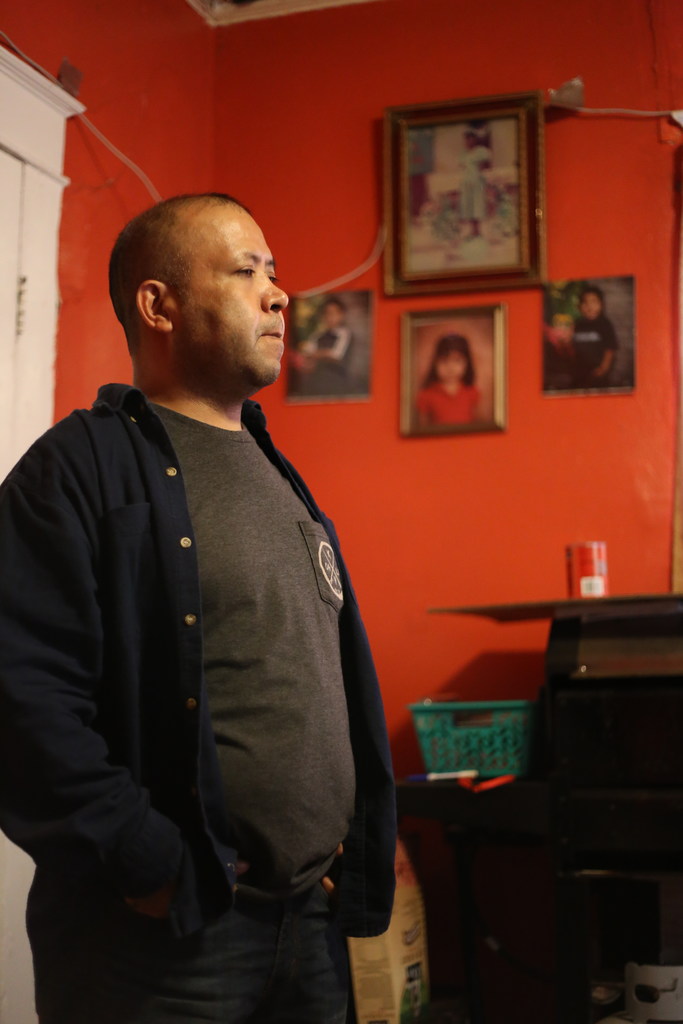 In fall of 2018, the federal government proposed redefining who might be considered a “public charge” -- a federal designation for people it believes are overly dependent on federally-funded social services.  Under proposed changes, immigrants who are "likely at any time" to become a public charge could be ineligible to get visas and green cards that give them legal permanent residency.

Dallas Area Interfaith soon began receiving calls from parents of US-born children who stopped getting medical care and nutrition assistance for their kids.  In response, DAI began organizing parish-based efforts to educate and urge the public to weigh in on the proposed changes .

“We have already heard stories of parents un-enrolling their kids from CHIP,” Lead Organizer Josephine Lopez-Paul said.  “It is another piece in building a culture of fear.”

It is through congregation-based relationships and networks that DAI is educating the public about ways to take action on this issue.

US Citizen Kids May Go Without Medical Care, Food Because Their Immigrant Parents are Afraid to Accept Help, Dallas Morning News 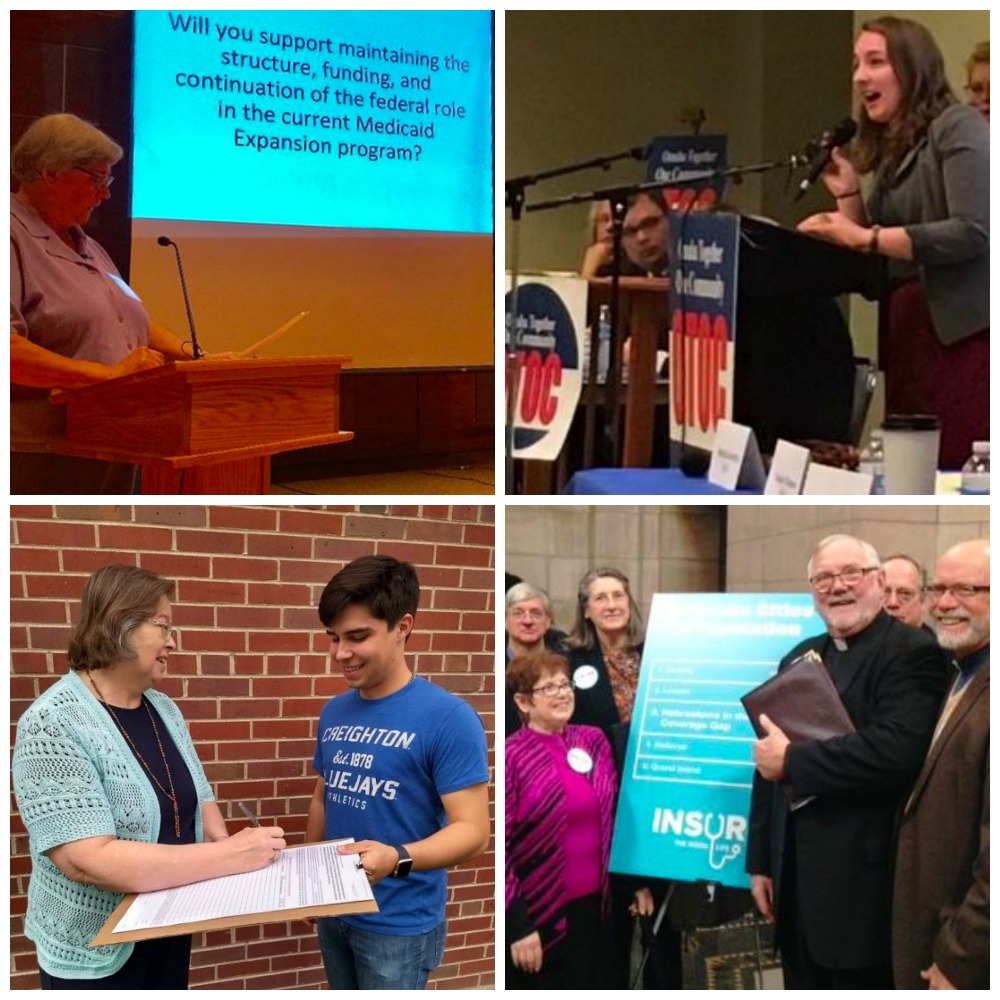 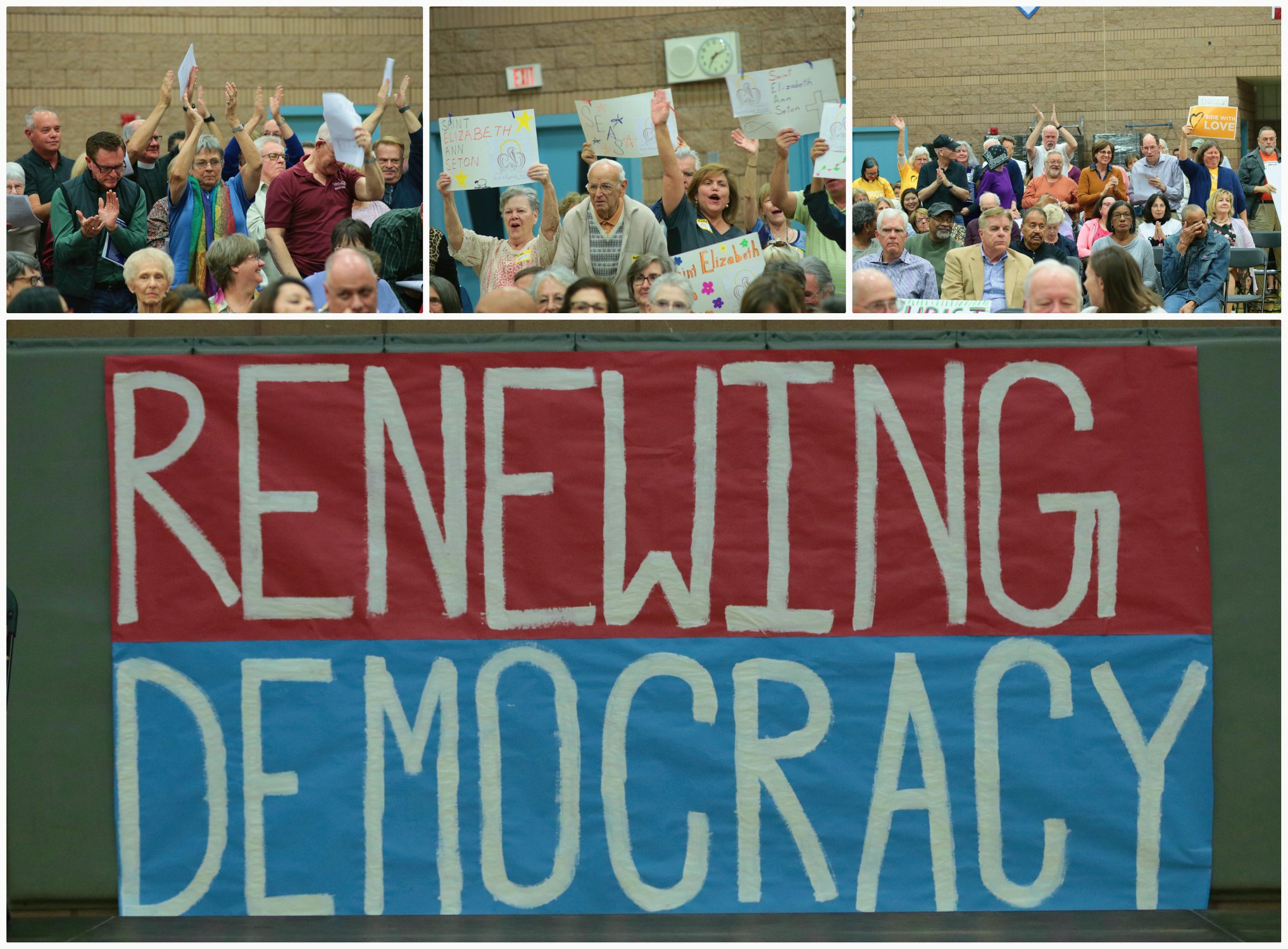 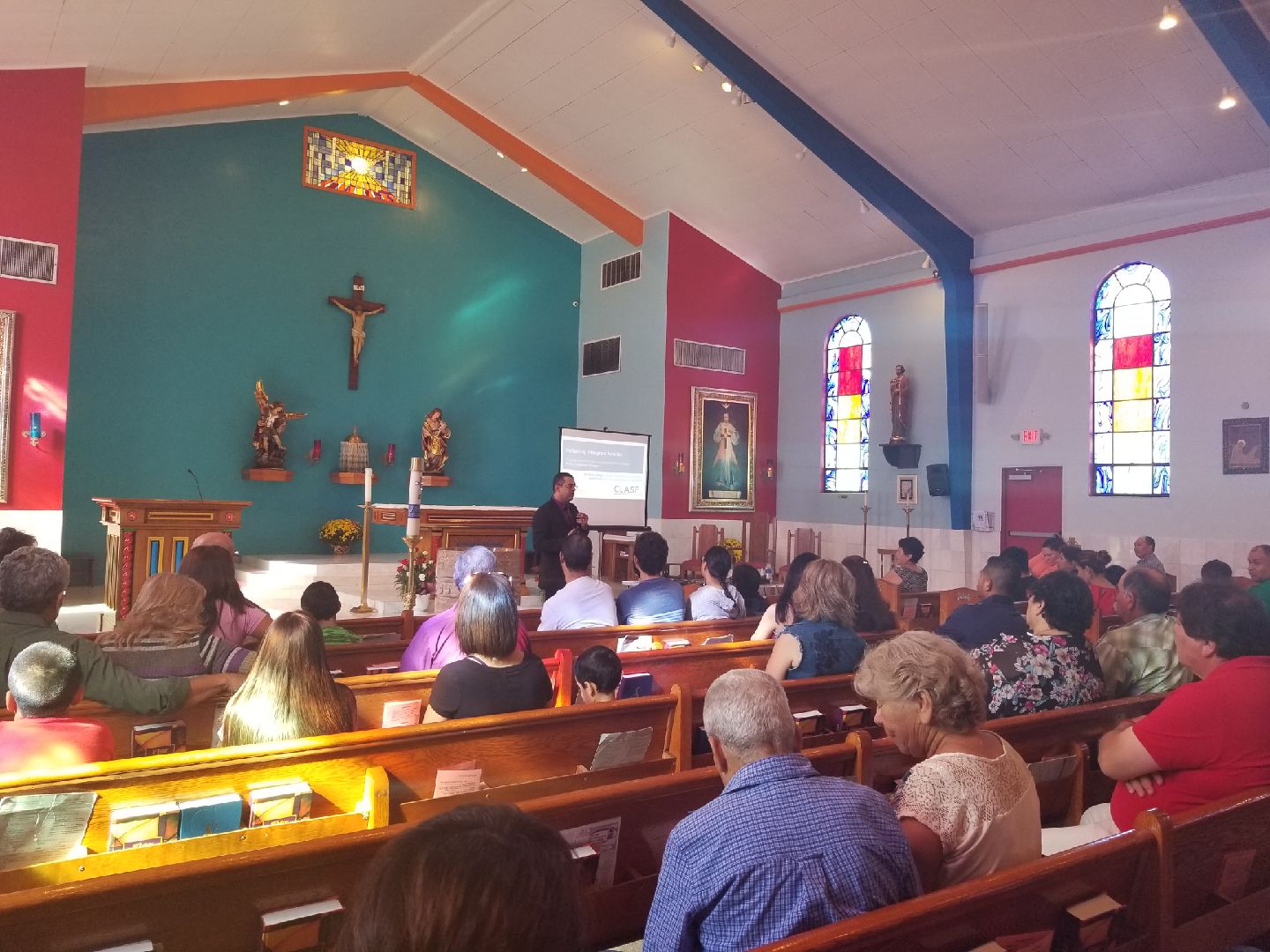 Forty members from St. John the Evangelist Church and the neighborhood attended a civic academy yesterday to learn about “public charge.” This new policy by the Trump Administration’s Department of Homeland Security would affect many legal immigrants who are applying for permanent residency (green cards) and penalize applicants if they or their families have received government support such as SNAP (food stamps), subsidized health care, and other support that the government has labeled a “public charge.”

As rumors of this new policy surfaced, immigrant churches and Pima County Interfaith started conducting research. The fear began a few months ago when the press began to talk again about this policy.  Rumors and misinformation led many immigrants to renounce their citizen children’s benefits out of fear. Among those immigrants most affected by this proposal are low-income families, single mothers, and children with chronic illnesses.

At Sunday’s session, a single mother asked if she could lose her permanent residency if she continued to receive AHCCCS, Arizona’s version of Medicaid, for her infant baby.  Fortunately, she received her visa through the VAWA program that so far is exempt from being a 'public charge.'
After the session, some attendees thanked the St. John team for making this presentation.  They said they felt more relaxed now that they knew which programs would be counted as 'public charge.'

A young mother said, "I'm going to register for citizenship classes and I'm going to apply to become a citizen. I'm afraid this administration will find another way to revoke my residency and separate me from my family." 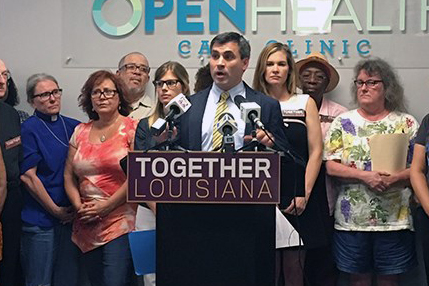 ...The Senate's attempt to restructure health care policy will, among other things, wipe out Medicaid expansion, which helps to cover nearly half of our children and makes rural health possible. 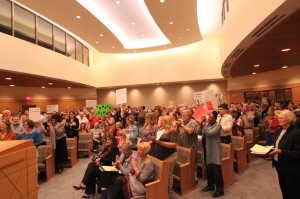 NCG Fights Off Push for Medicaid Privatization in Nevada 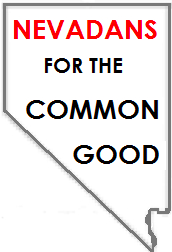 Las Vegas, NV - Leaders of Nevadans for the Common Good cried 'foul' when a dead bill proposing to privatize the provision of Medicaid services was kept alive through unnatural means. Though voted down, it remained in the Assembly Ways and Means Committee through an exemption sparing it from normal deadlines. That same language was then grafted onto a separate bill (SB 514) and approved by the legislature the day before it adjourned.

"We are just concerned about transparency," said Barbara Paulsen, whose church in Boulder City is a member of NCG. The proposed change could impact 54,000 people statewide. ""If there's a transition, it needs to be carefully planned," Paulsen said Wednesday. "It's a major decision and people need to be aware of it and need to have an understanding of the steps being taken and the rationale and ability to comment on them."