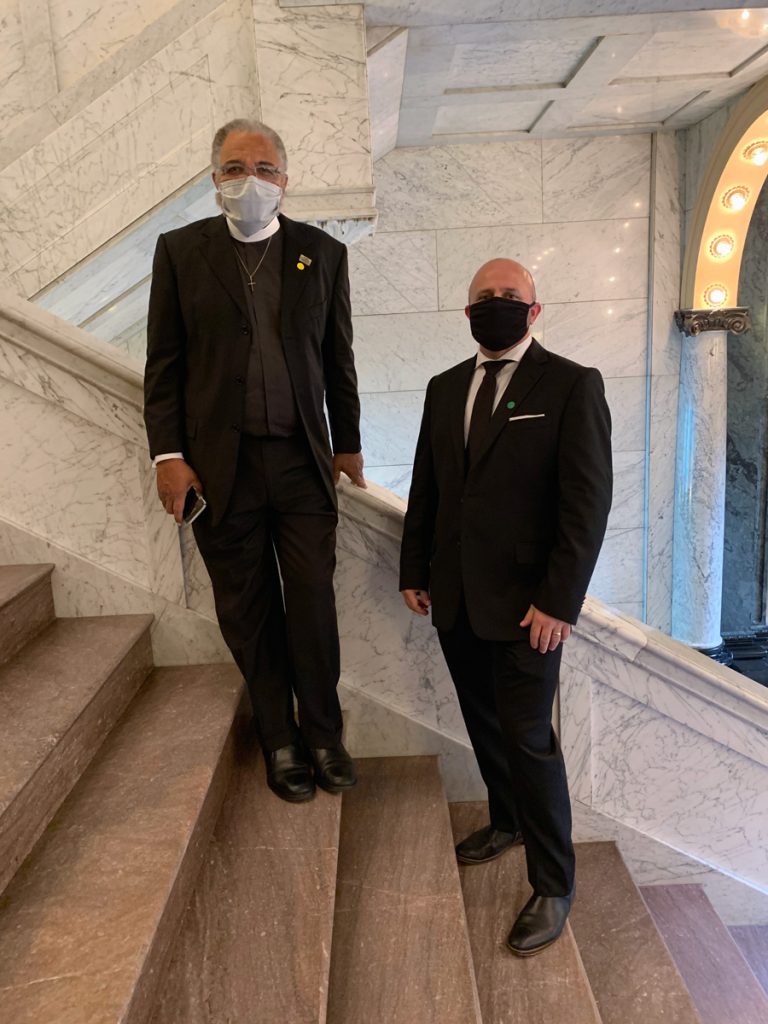 Working Together Jackson Calls for Change to State Flag

[Working Together Jackson] interfaith leaders stood on the steps of the Catholic cathedral in downtown Jackson Thursday morning, calling for the immediate removal of the Mississippi state flag.

In a resounding a voice, they said any discussion of what design should replace the current flag must not impede the current goal: Taking down a flag associated with white supremacy.

"Anything is better than what we've got now," said Bishop Ronnie Crudup of New Horizon Church International.

People have been protesting for racial justice in Mississippi and across the nation this month at levels not seen since the civil rights movement more than 50 years ago.

There is renewed hope that the Legislature might act to change the state flag, which contains what is commonly known as the confederate battle flag.

"It is time," said Bishop Brian Seage of the Episcopal Diocese of Mississippi. "It is time for a new flag that truly represents all of us... We call for our legislative leaders to act now."

Bishop Joseph Campbell of the Church of Christ likened the flag to "a large splinter in my hand." 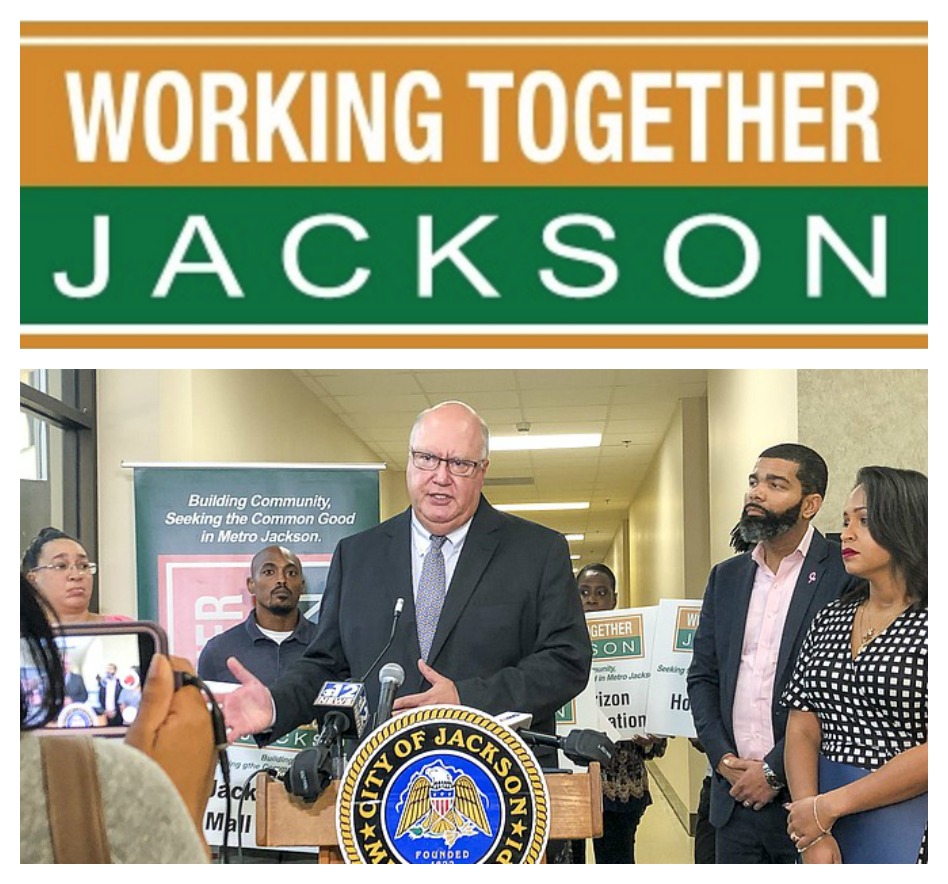 After months of research and negotiation to address a municipal crisis in water billing and repayment, the City of Jackson announced a plan, developed in collaboration with Working Together Jackson, to both help the residents repay past-due bills and the Public Works Department collect essential payments.

“As a result of our collaborative efforts with the Public Works Department, there are now multiple payment options available where before there was only one,” Working Together Jackson said. “But more importantly, there are objective criteria so if you act in good faith you will not leave without being presented options to pay your bill in a way that works for both you and the City.”

The plans were informed by conversations organized by leaders through house meetings and water bill advocacy sessions in which residents brought their bills and learned how to manage repayment. 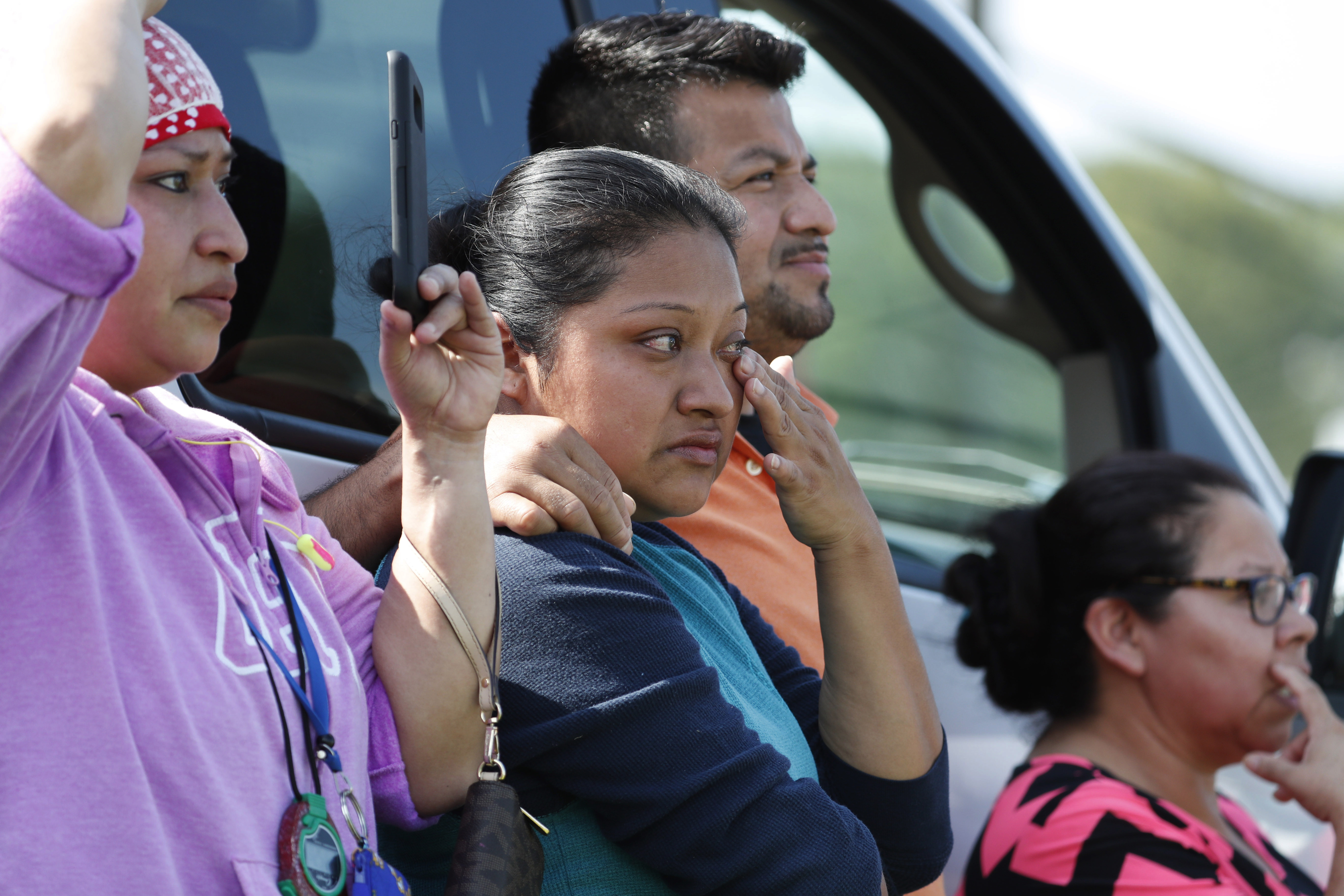 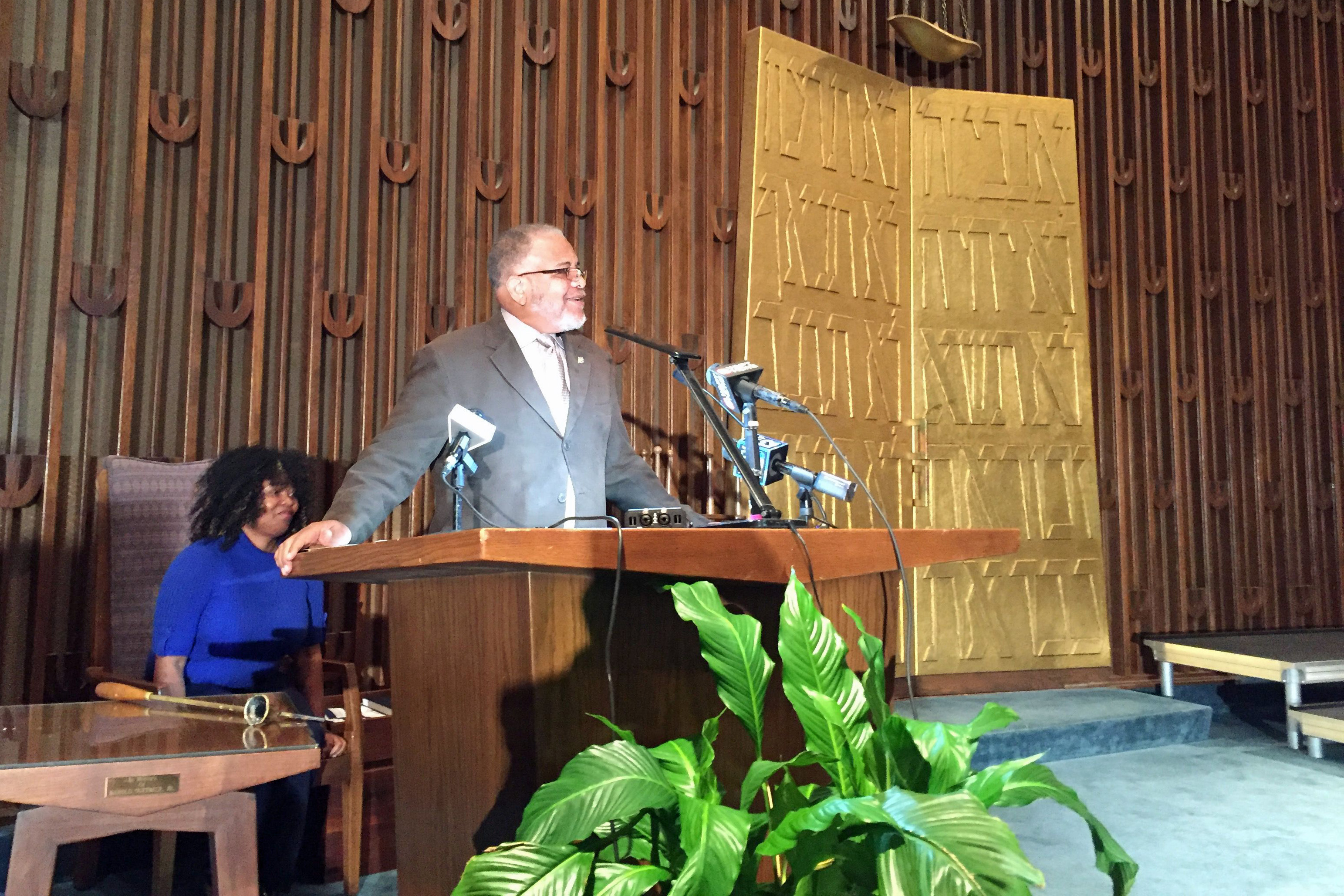 Working Together Jackson Fights to Preserve Location of Zoo 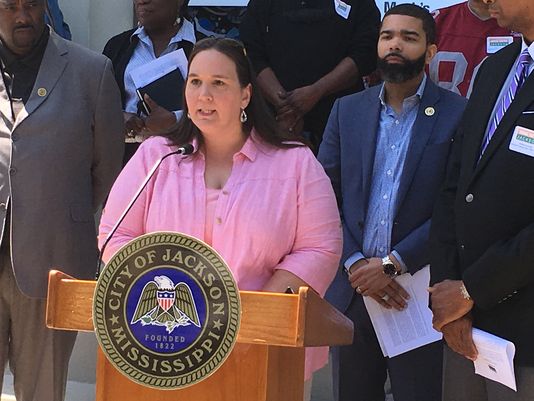 When the Jackson Zoological Board announced its intent to relocate from west Jackson to northeast Jackson, Working Together Jackson quickly mobilized for a press conference with Mayor Chokwe Lumumba.

Said WTJ leader Heather Ivery, the "intent to leave west Jackson is disheartening -- not only because of the possibility of losing a historic, 100-year old ecosystem, but because of the lack of transparency and involvement of the community in the decision-making process." Mayor Lumumba echoed WTJ's words, calling the proposed $50 million investment required for relocation "disrespectful to the history of the zoo and the folks in the community in which the zoo currently resides." 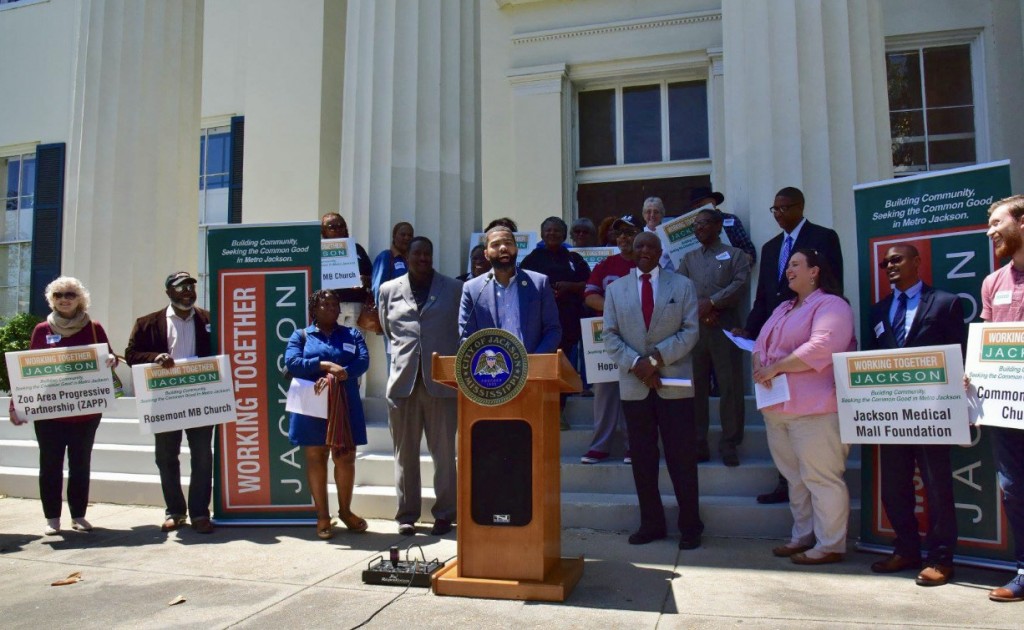 Working Together Jackson (WTJ) collaborated with member institution Mississippi Association of Educators and Mayor A. Chowkwe Lumumba to prevent a hostile takeover of the Jackson Public School System by the state of Mississippi. WTJ worked with leaders, the Mayor and others to reach a compromise with Gov. Phil Bryant to develop the Better Together Commission and a totally new School Board to avoid the takeover. Four WTJ leaders are now on the Commission and new school board, planning for long-term reform. 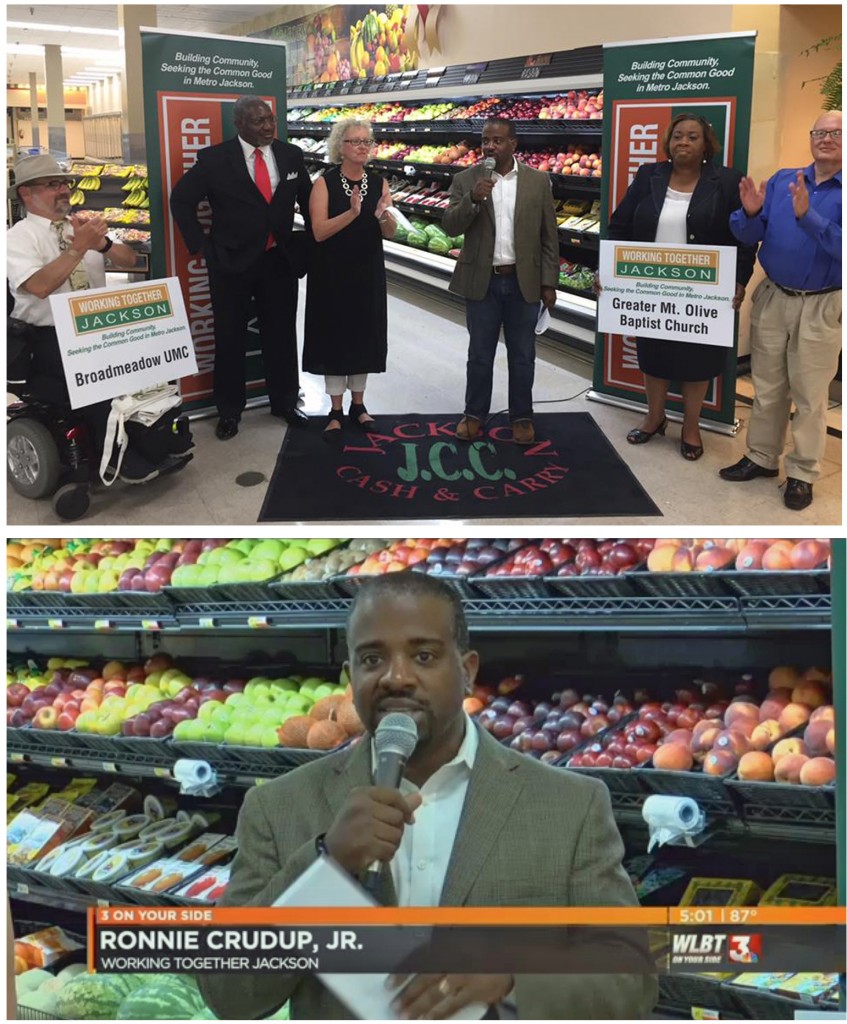 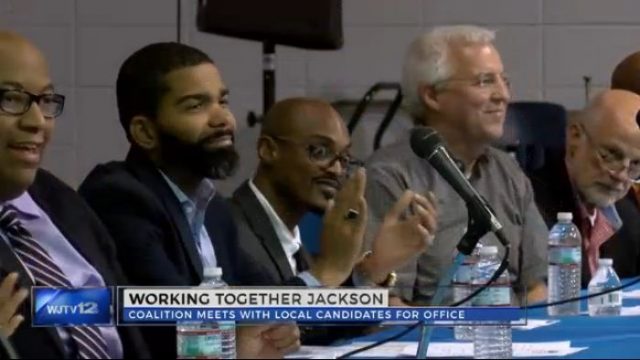 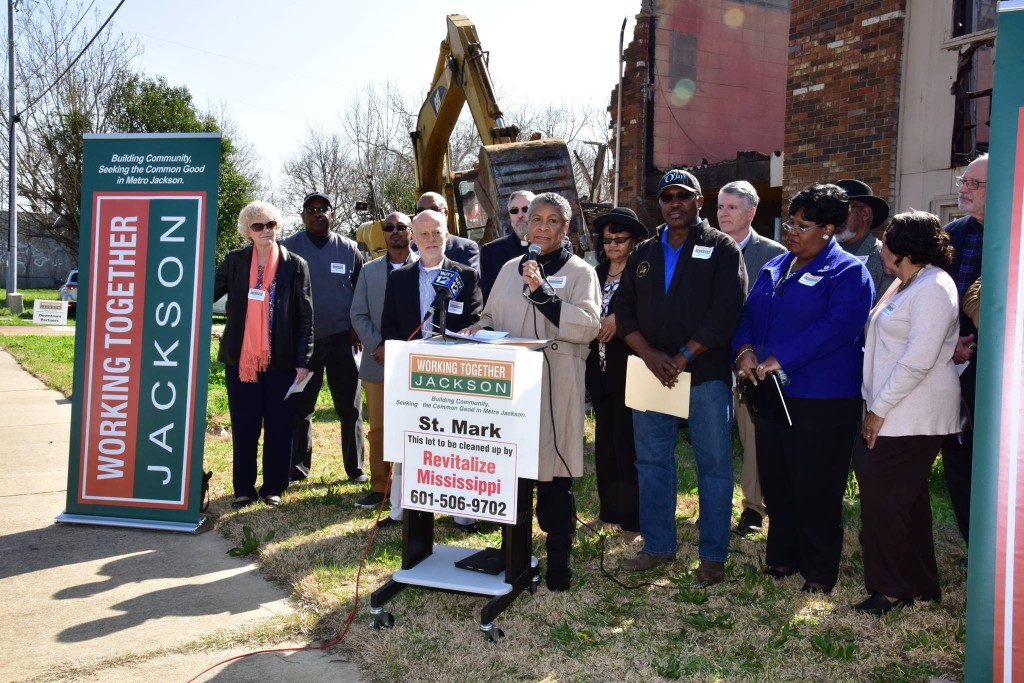 Two months after Working Together Jackson put public pressure on Jackson State University (JSU) to replace long-abandoned buildings with green space, leaders celebrated the first demolition on campus. The demolition resulted from a collaboration initiated by Working Together Jackson in which Revitalize Mississippi Inc. agreed to demolish the properties at no cost to the JSU Development Foundation or university.