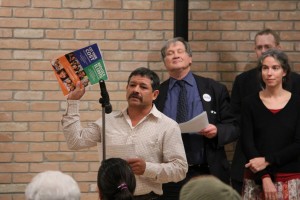 Three hundred leaders from Dallas Area Interfaith assembled at Temple Emmanu-El in North Dallas to kick off an affordable care campaign aimed at explaining the federal healthcare exchange. Marjorie Petty, Region 6 Director of US Health & Human Services, praised DAI, asserting they "have done an amazing amount of work in just six weeks" and is "a model for others around the country."

With the aid of multi-colored booklets that clearly lay out how uninsured individuals can participate in the federal exchange, which the healthcare action team of DAI produced, leaders hope to reach hundreds of thousands of uninsured. 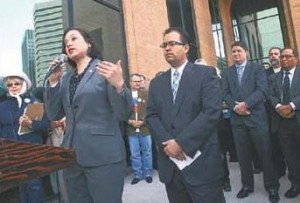 Lucy Nashed, a deputy press secretary for the governor, in an email said Perry is against a Medicaid expansion under Obamacare, but is interested in flexibility from the federal government "to address the challenges in the current broken Medicaid system."