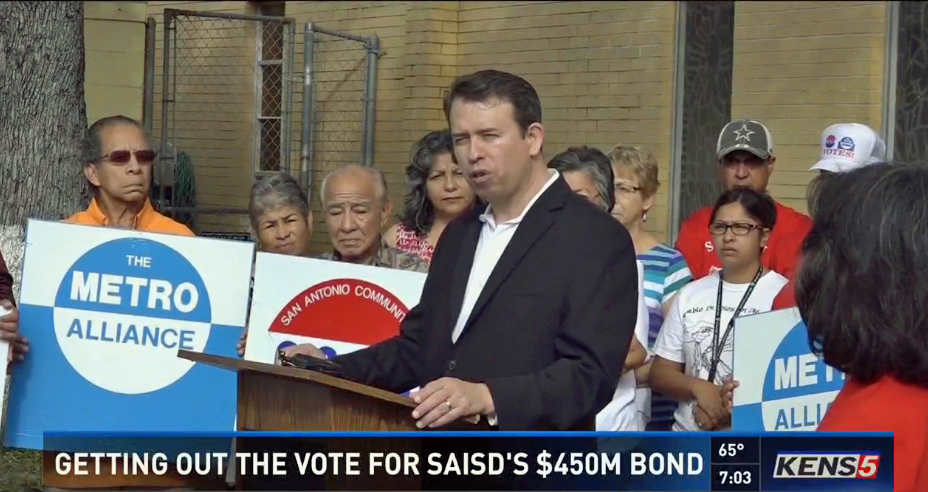 Only one month after raising municipal wages for the second year in a row in San Antonio, COPS / Metro is now fighting to leverage necessary funding for school improvements...$450 Million, to be precise. Elaine Ayala of the San Antonio Express-News reported that two weekends before Election Day, dozens of COPS / Metro leaders block walked -- asking voters to scroll to the end of the ballot to the last two measures. Leader Maria Tijerina explained that TRE funds would support after-school, summer and enrichment programs, freeing up money to help the district reach the $15 / hour wage they are fighting for.