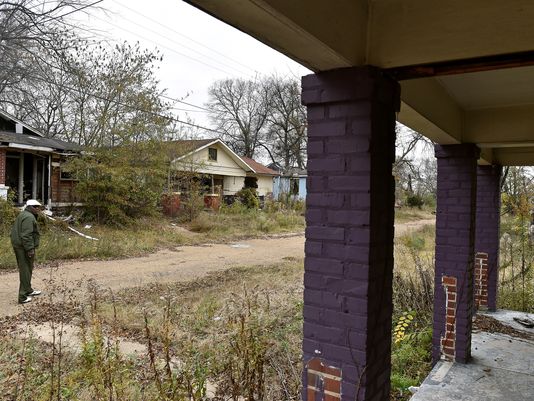 When new dormitory construction stalled for four years, 25 abandoned homes on campus at Jackson State University became host to activity negatively impacting neighbors, including St. Mark's Episcopal Church next door. Leaders began talking to congregants and neighbors and together, with other institutions of Working Together Jackson, are now demanding that in the absence of moving forward with the development, that at minimum the university foundation should pay for the demolition of the abandoned housing and replace it with green space.

Said Rev. Luther Ott of St. Marks, " "Those of us who live and work in inner cities know abandoned houses are not abandoned....It's only a matter of time until we're going to a funeral."