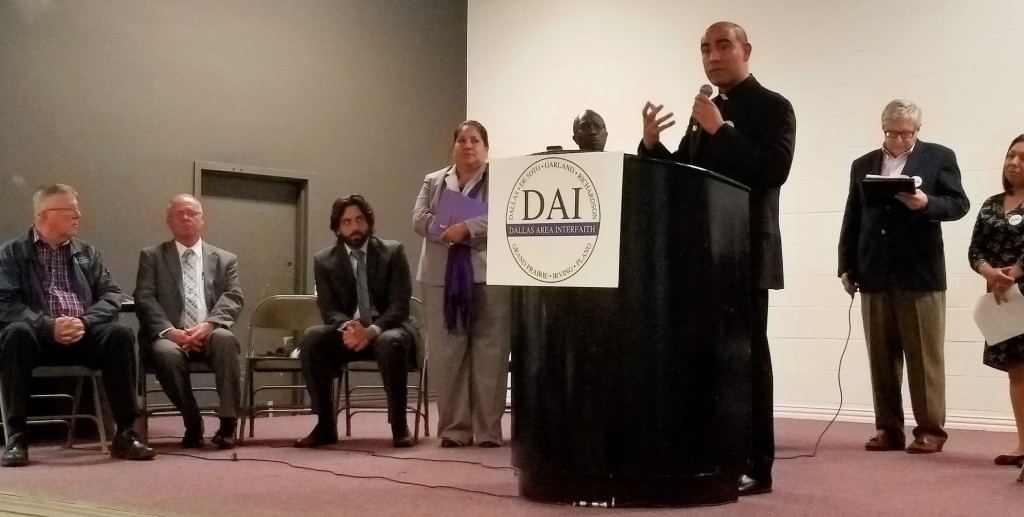 After forcing a runoff election in May, 20 DAI leaders each turned out 20 voters, primarily in the Bachman Lake area near San Juan Diego Catholic Church.

Former Mayor Pro Tem Monica Alonzo, who waited until the day before the election to support Dallas Area Interfaith's agenda in support of affordable housing and early childhood education, lost the runoff by 291 votes - the largest margin of three runoff races that day.

Both candidates were invited to support the DAI agenda at a nonpartisan accountability assembly of 350 District 6 resident leaders held in April. At that assembly, leaders committed to informing neighbors and fellow parishioners of how candidates had responded to their agenda.

True to their word, DAI leaders organized block walks in the Bachman Lake area near San Juan Diego where voter turnout was highest in the election.