TIME: 'Trauma Doesn't Go Away by Itself' 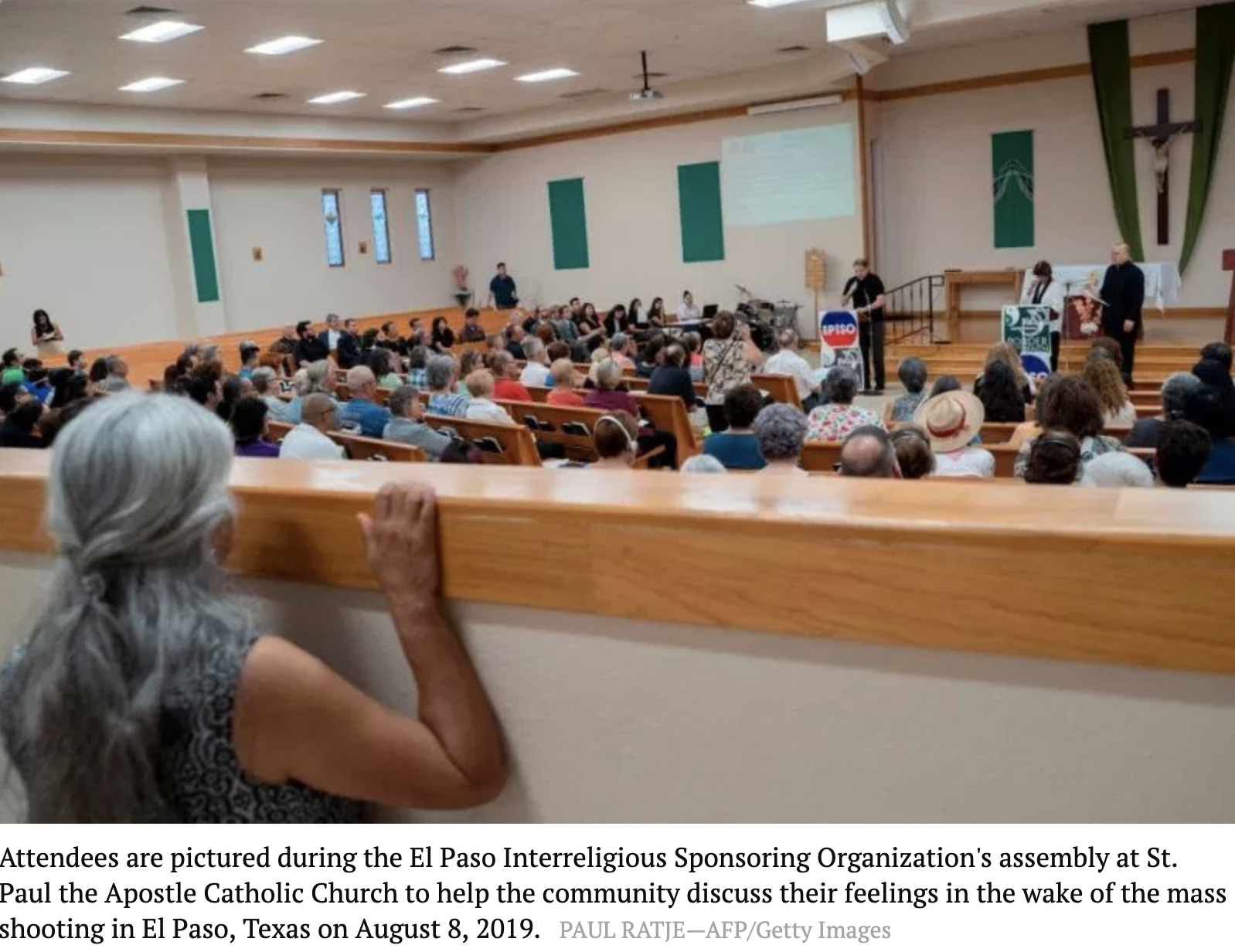 Included in recent TIME reporting was an assembly organized by EPISO/Border Interfaith in which 300 institutional leaders gathered alongside 12 local, state and congressional leaders who all pledged to reassure the community -- especially its most vulnerable members.

At one point, the assembly intentionally broke out into small group check-ins responding to the questions: "How are you doing? What do you need?"  Heartfelt conversations around the room elicited emotional stories from attendees, public officials, and even media covering the gathering.

At the urging of EPISO/Border Interfaith leaders, school officials agreed to coordinate direct support for families most in need of care to process the shooting.

Leaders are continuing to focus public officials on a mental health response, as part of a comprehensive approach to recent shootings.

'Trauma Doesn't Go Away By Itself.' How El Paso is Tackling Mental Health Stigma After the Walmart Mass Shooting, TIME Magazine [pdf]