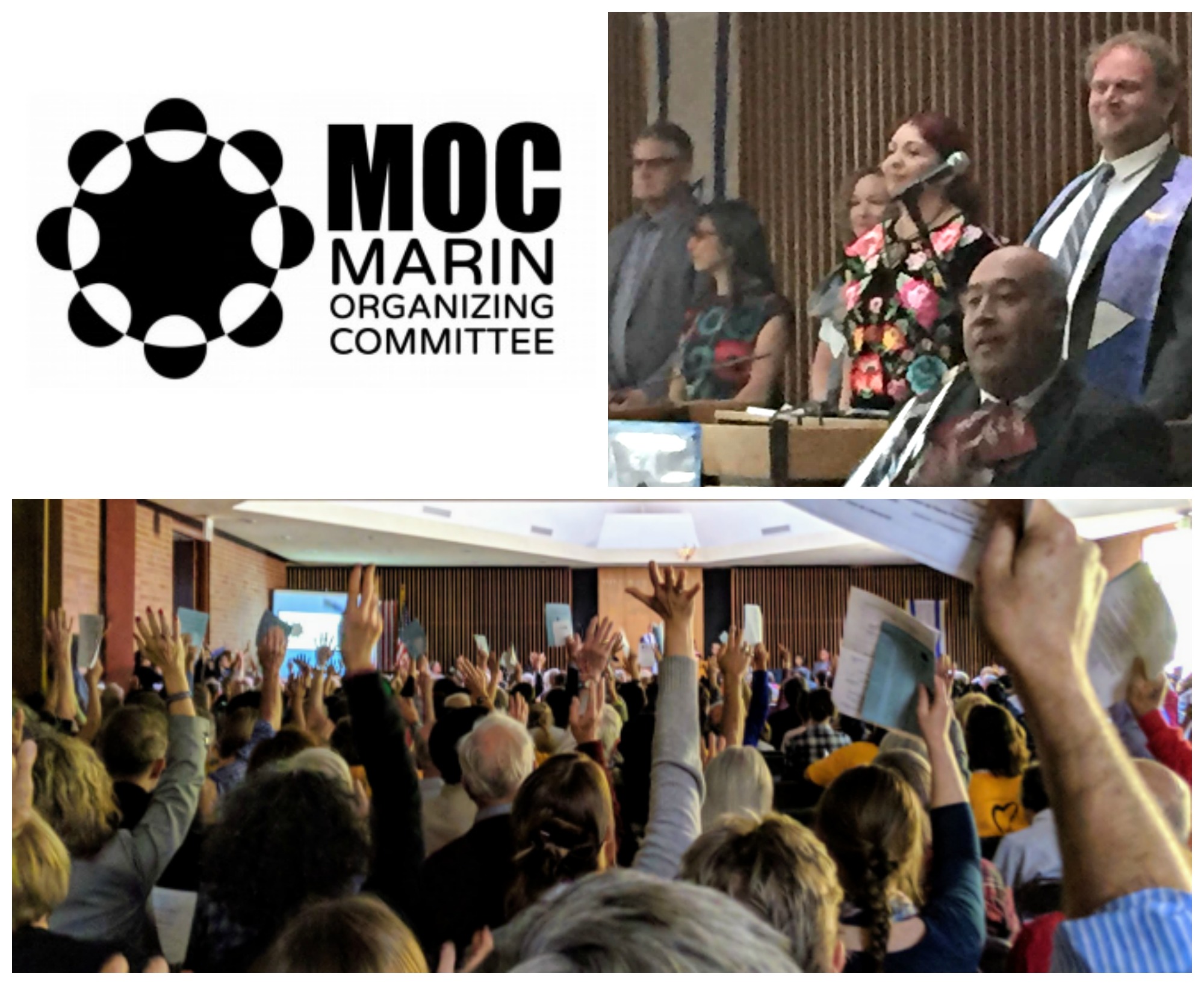 24 hours before the assembly, leaders learned that the planned location for their Convention would be needed as a local command center to address power outages and host fire evacuees from Sonoma County.  Demonstrating flexibility, leaders quickly relocated the assembly to a synagogue down the street.  With 99% of the County left without power (in an effort to prevent more fires), MOC demonstrated the power of organized people with the tenacity and resilience to show up against the odds.

Using a generator and portable mic system, leaders from 22 institutions ratified their agenda of issues moving into 2020, reported 75% progress on a $100,000 investment campaign, and celebrated 10 years of citizen power in Marin County.  In the midst of anxiety-ridden uncertainty, MOC proved their people can and will show up.