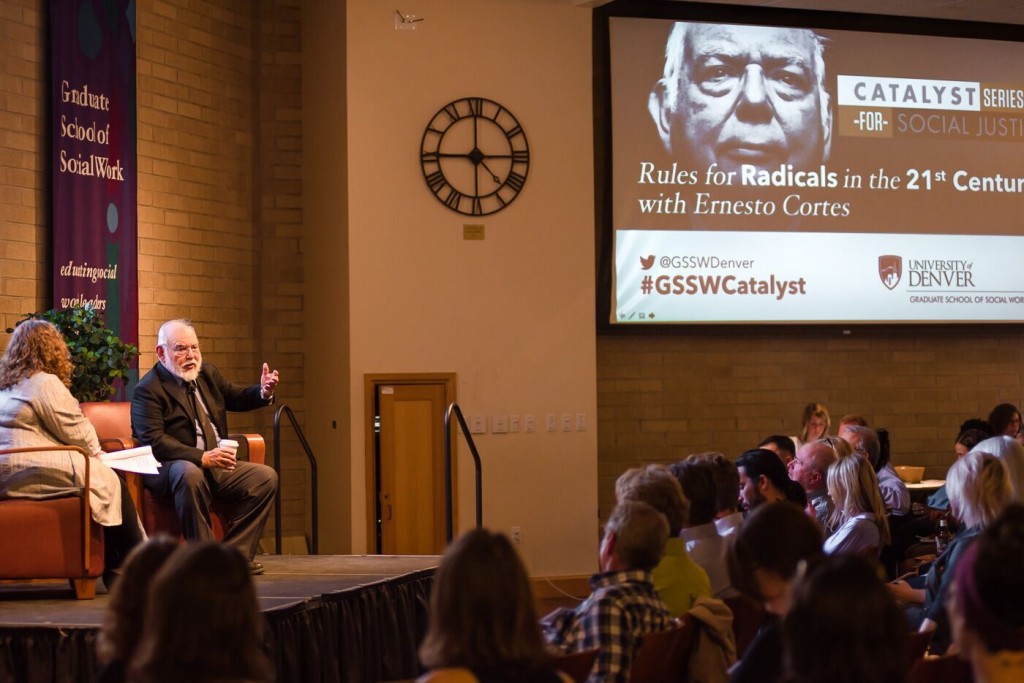 Titled "Rules for Radicals in the 21st Century," the event featured Cortes in a live one hour dialogue with the Denver University Dean of the Graduate School of Social Work, Amanda Moore McBride. McBride had been a teaching assistant to Cortes early in her academic career and now credits him with her decision to pursue a focus on civic engagement in her work.