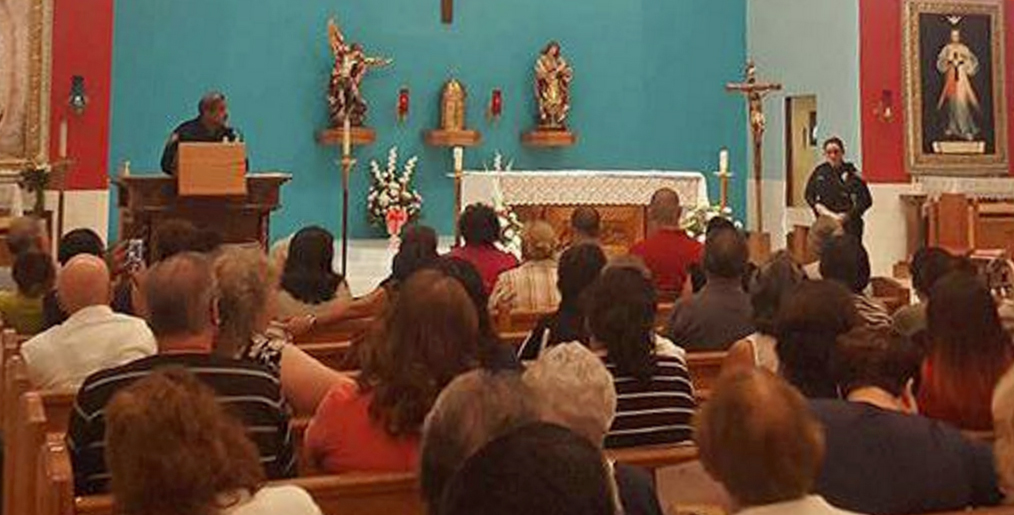 When neighborhood users of SPICE, a synthetic marijuana with side effects including seizures and disorientation, began walking into traffic and collapsing on church and school grounds, leaders from St. John the Evangelist Catholic Church stepped into the void to identify solutions. Church leaders, in collaboration with Southern Arizona Interfaith, soon launched a campaign to "Give them Food" in addition to collaborating with local law enforcement and county health department to educate the community about the drug and prevent its sale. Over 250 area residents attended one of the community meetings.

In fall 2016, SAI and Pima County Interfaith hosted a nonpartisan accountability session drawing more than 500 leaders to address several issues, including SPICE. In front of hundreds of voters, candidates promised to introduce a bill to criminalize SPICE ingredients and to help law enforcement press charges against dealers.

This spring, Rep. Pamela Powers (LD9-D) negotiated the inclusion of SPICE ingredients in a bill (HB2033) sponsored by Rep. Heather Carter (LD15-R) on controlled substances, that Governor Ducey signed it into law.

SAI leaders are pointing to this victory as an "example of the great things we can achieve when we work together," including bi-partisan cooperation in the expansion of the bill to include SPICE ingredients. Leaders also recognized the Tucson Police Department, St. John's Pastoral Council and the Pima County Health Department for its collaboration.

Leaders are now working with City of Tucson Councilmembers Richard Fimbres and Steve Kozachik to follow through on their campaign pledges to pass a stricter local ordinance prohibiting the sale of SPICE in Tucson.