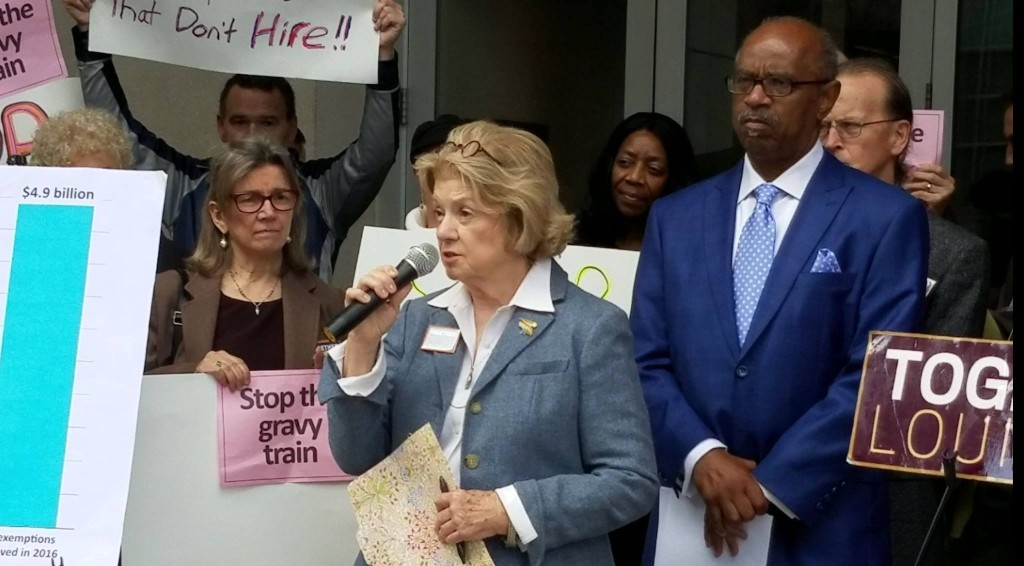 Eight months after their victory in reforming the state Industrial Tax Exemption Program (ITEP), leaders of Together Louisiana noticed that industrial tax exemptions spiked 441% in its last year (2016), with the majority of tax exemptions granted after the reforms passed. They additionally noticed that the Commerce and Industry Board reversed the wording of the measure to undermine the reform that would have limited exemptions to proposals that had secured the approval of the local municipalities sacrificing the revenue.

Unsatisfied with the explanation that the 2016 reforms were not to touch applications already in the works, 100 faith and community leaders of Together Louisiana organized a press conference before the Board of Commerce and Industry's meeting and then sat in on the meeting itself -- demonstrating a rare presence of citizen oversight of a committee that distributed $4.9 billion in tax exemptions last year.

Under the watchful gaze of Together LA, the committee unanimously rejected six applications that directly violated the Governor's order and added a "Sunshine Provision" to the ITEP program rules to allow local citizens to learn when exemptions are being considered by local bodies. Thanks to Together LA, Louisiana Economic Development must now post on its website, within three days, when proposed tax expenditures are forwarded to local municipalities for consideration, thus beginning a 120 day period for the provision of public input.

Despite Gov. Bel Edwards' Efforts to Rein It In, Tax Break Even More Lucrative for Manufacturers in 2016, The Advocate

The Ship is Not Turning: Status Update on Gov. Edwards' Effort to Reform the Industrial Tax Exemption Program, Together Louisiana