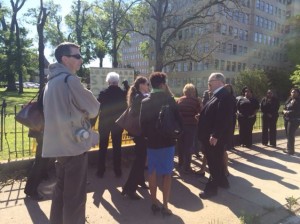 "Interfaith members who met with The Times editorial board last week, said their interest in this legislation is about helping consumers avoid entering a debt loop they often find it difficult to escape from. Interfaith and other organizations around the state have joined forces as "Together Louisiana" to highlight the matter before the public and lawmakers.

Our Views: Fair Play for Loans, The Advocate