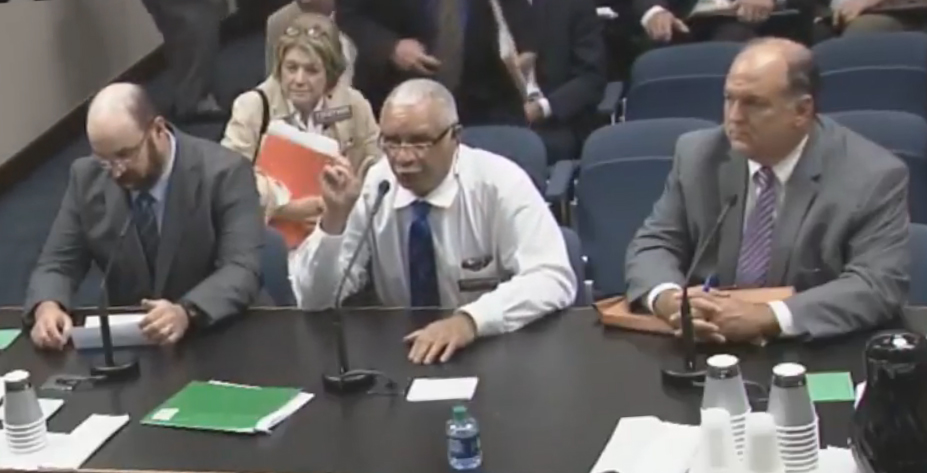 When petrochemical companies operating in rural Louisiana attempted to directly negotiate an industrial tax discount with the local parish (county), the effort ran up against the Louisiana Constitution. The local tax assessor sued and the state courts ruled that the agreement violated the Constitution. Developers then crafted House Bill 444, a constitutional amendment that would legalize direct negotiations with local governments. The amendment would allow corporations to work around Industrial Tax Exemption Program reforms recently won by Together Louisiana.

Proclaiming the bill "taxation by backroom deal," leaders descended upon a Revenue and Fiscal Affairs Committee hearing to fight it. After leaders heard several rounds of testimonials about how HB444 would provide yet another "tool" in the "toolbox" of local economic development, a new metaphor emerged.

"I'm so tired of hearing about the toolbox for economic development." proclaimed veteran Together Louisiana leader Edgar Cage. "This tool in the toolbox.... It's a screwdriver. And guess who's getting screwed?"

Against all odds, and with commendation from sitting committee members, Together Louisiana leaders prevailed, influencing enough votes from both political parties to kill the bill.