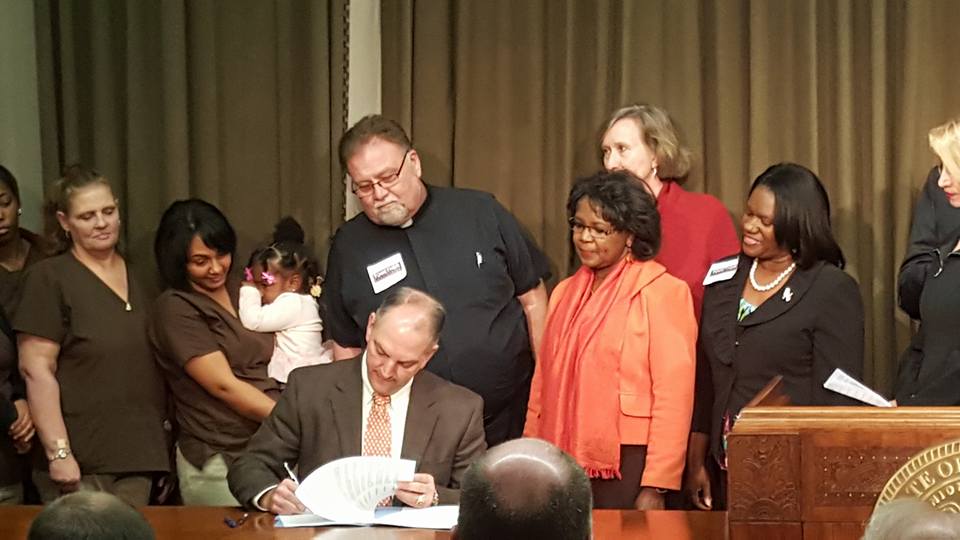 On his first full day in office, newly elected Governor John Bel Edwards made good on a pledge to 'Together Louisiana' to expand Medicaid. Edwards signed the executive order for this expansion flanked by Together Louisiana leaders Fr. Rick Andrus, Rev. Patti Snyder, Ms. Pat LeDuff and Ms. Alma Stewart (with LA Health Equity). The expansion is expected to provide healthcare to an additional 300,000 Louisiana residents within the next six months.

This expansion came two months after what many called "an intervention" in the gubernatorial runoff election, which had devolved into a brawl of personal attacks. At the only event in which both candidates appeared jointly, more than four hundred Together Louisiana leaders assembled from 38 cities to put family issues like healthcare, wages, higher education and transportation back at the center of the campaign.