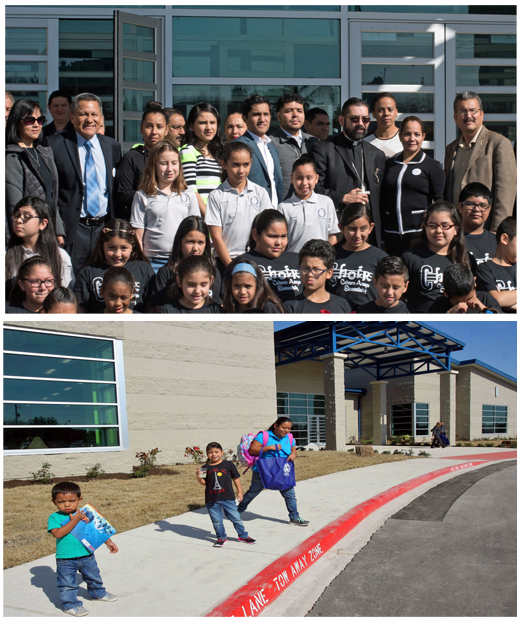 In the largest celebration of multiple events, Bishop Daniel E. Flores blessed the opening of a new library in Las Milpas, surrounded by Valley Interfaith leaders, children from Carmen Anaya Elementary School and other community supporters. An assembly chronicled the community-driven effort that went into changing the political culture of South Texas, reflected in the construction of the new library that leaders had fought for and won.

Three years prior, Valley Interfaith leaders signed up 1,000 new voters to a community-driven agenda that included the construction of a new library in low-income Las Milpas, the organization of a nonpartisan accountability assembly at one of the local churches and an election upset that replaced a non-responsive mayor and city commission with a slate of new officials that understood what they had to do to stay in office.

The first meeting of the new City Commission in 2015 included all of Valley Interfaith's 6-point agenda and was passed with overwhelming support. Said the then-new Mayor Ambrosio Hernandez, "Valley Interfaith has a machine in place and I want to be re-elected. Let's build this library exactly how the community wants it."

The library opened in 2018 to community acclaim. City Commissioner Ramiro Caballero declared, "What VIF leaders did here in Pharr, we need you all to go out and train other citizens in other towns, cities, and county commissioner districts, and teach them to do what you did here with Pharr."

South Pharr Gets New City Facility: Development and Research Center to Offer Residents a Variety of Services, The Monitor

Las Milpas: A Case Study in How Civic Engagement Can Improve a Community, Rio Grande Guardian