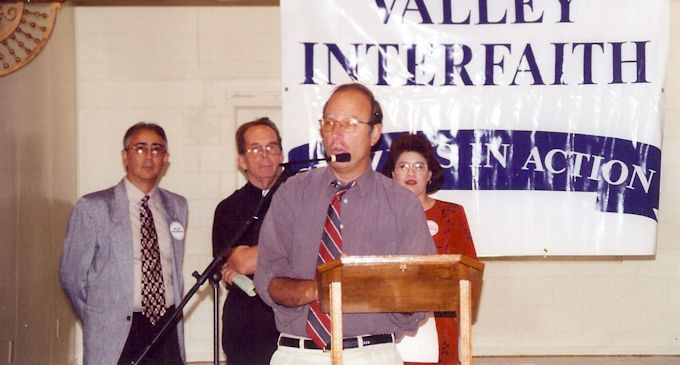 When St. John Paul II wrote that "a just wage is the key to economic justice," Valley Interfaith leaders listened. Challenged to address the plight of parents working two to three jobs and seeing families break down under the pressure, leaders began their living wage campaign in 1997 to pressure employers across the Rio Grande Valley to increase their minimum wages from $5 /hour to $7.50 /hour or more. Valley Interfaith succeeded where others before them had failed.

In 2000, after MIT Professor Paul Osterman spent three months studying the economic impact of the wage raises, leaders learned that in just three years, their efforts had increased the salaries of 7,200 workers by an average of $1,128 annually. Employers reported costs savings due to lower turnover and absenteeism. Employment did not drop. Since then the campaign accelerated to include dozens of school districts, college districts, county governments and entire municipalities. Economic incentives are often restricted to companies paying appropriate base wages.

Click below for the rest of the story, spanning two decades of work.