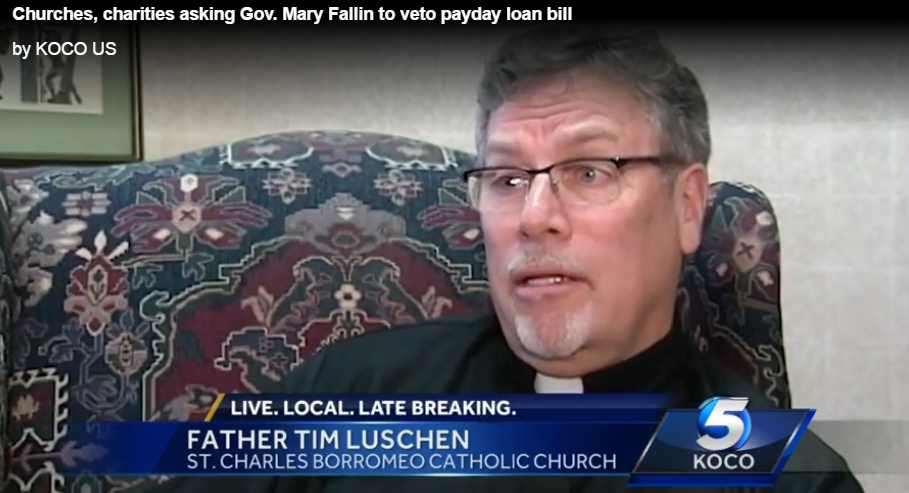 After HB1913 passed, threatening to triple the cap on small personal loans and boost the maximum interest rate to 204% per year, VOICE leaders and allies persisted in their fight against the bill.

Leaders publicly called on Governor Mary Fallin to veto the bill, on television and in writing arguing, as did Fr. Tim Luschen, that the bill is "not anything that can make our community a better place."

In her veto message, Governor Fallin urged legislators to consult with "all stakeholders," including consumer advocates, if they choose to revisit the issue.