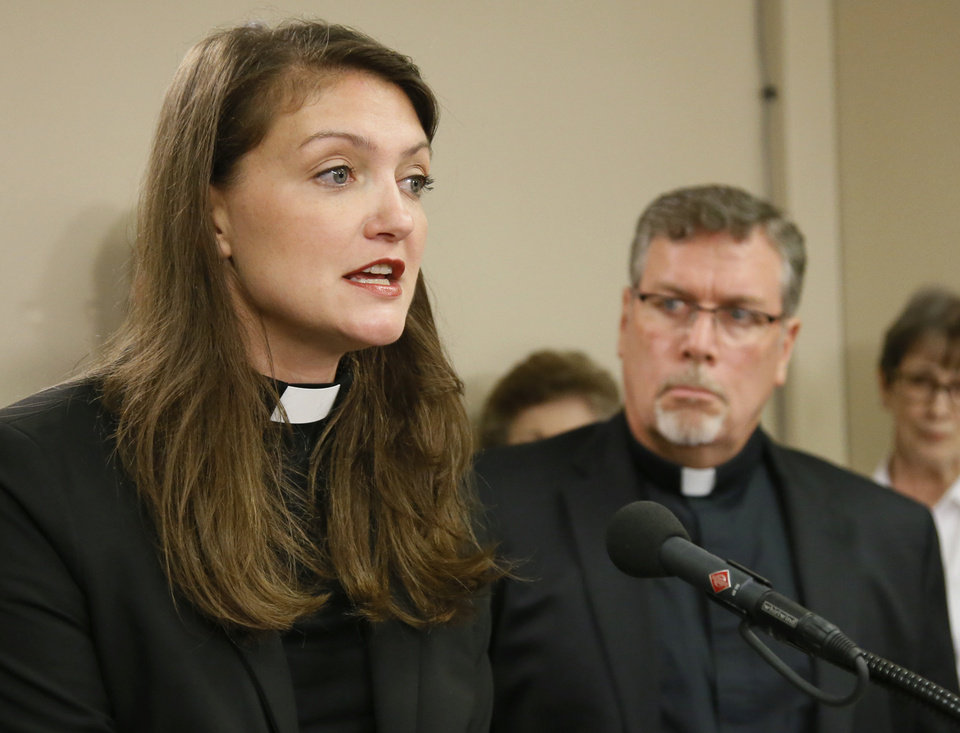 The press conference began with a dark story: teacher's union president Elise Robillard, and single mother, was cash strapped and only "one flat tire or one sick kid away from a financial emergency." She took out a payday loan, thinking it a quick fix. Ultimately, it drove her into bankruptcy.

In response to stories like hers, religious leaders of VOICE-OKC, including Rev. Lori Walke of Mayflower Congregational Church and Rev. Tim Luschen of Charles Borromeo Catholic Church, are now calling for payday lending reforms. According to The Oklahoman, Oklahomans pay $52 million in fees charged by payday lenders, paying an average annual interest rate of 391 percent.

VOICE leaders publicly support the Consumers Financial Protection Bureau rules but are arguing that the state does not have to wait for them -- that it should implement them now.