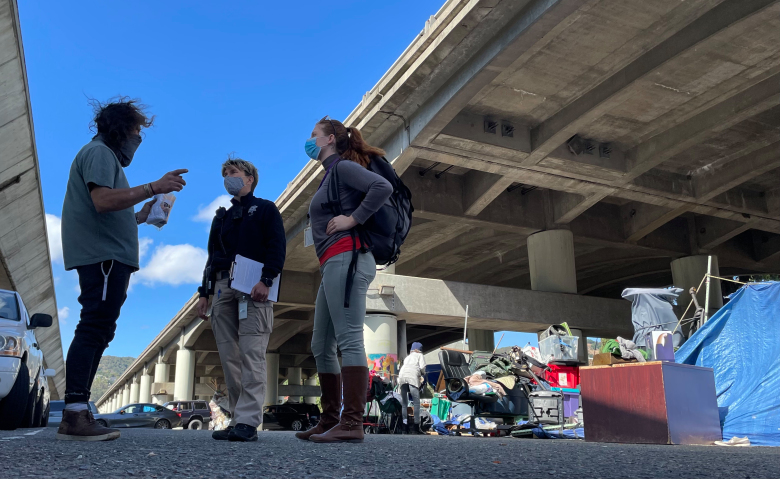 With more than 100 new housing vouchers dedicated for the homeless coming to Marin from President Biden’s housing plan, city and county leaders are proposing to pool approximately $2 million to hire case managers to help get people off the streets, and fast.

During its budget hearings set for June 21 through 23, the Marin County Board of Supervisors also will consider adding $1.2 million to the pot, said Matthew Hymel, county administrator.

Local jurisdictions are using an influx of federal aid from the American Rescue Plan to pay for the contributions. The county of Marin is receiving $50 million, while San Rafael is receiving a total of $16 million and Novato is getting approximately $9 million.

“This is a blessing,” she said of the plan. “But without an adequate number of case managers to assure that rental units are located and people are transitioned into their new homes we would not be able to take advantage of this opportunity.”

Hening, whose part-time contract with the city ends June 30, is remaining in Marin to continue work with Opening Doors Marin as an independent consultant on homeless initiatives throughout the county. He was a full-time city employee from 2016 through May 2020. His final salary was $10,952 a month. He has been working on a part-time contract since June 2020, earning $150 an hour.

Marin Could Pool Up to $2 Million for Homeless Initiative, Marin Independent Journal [pdf]