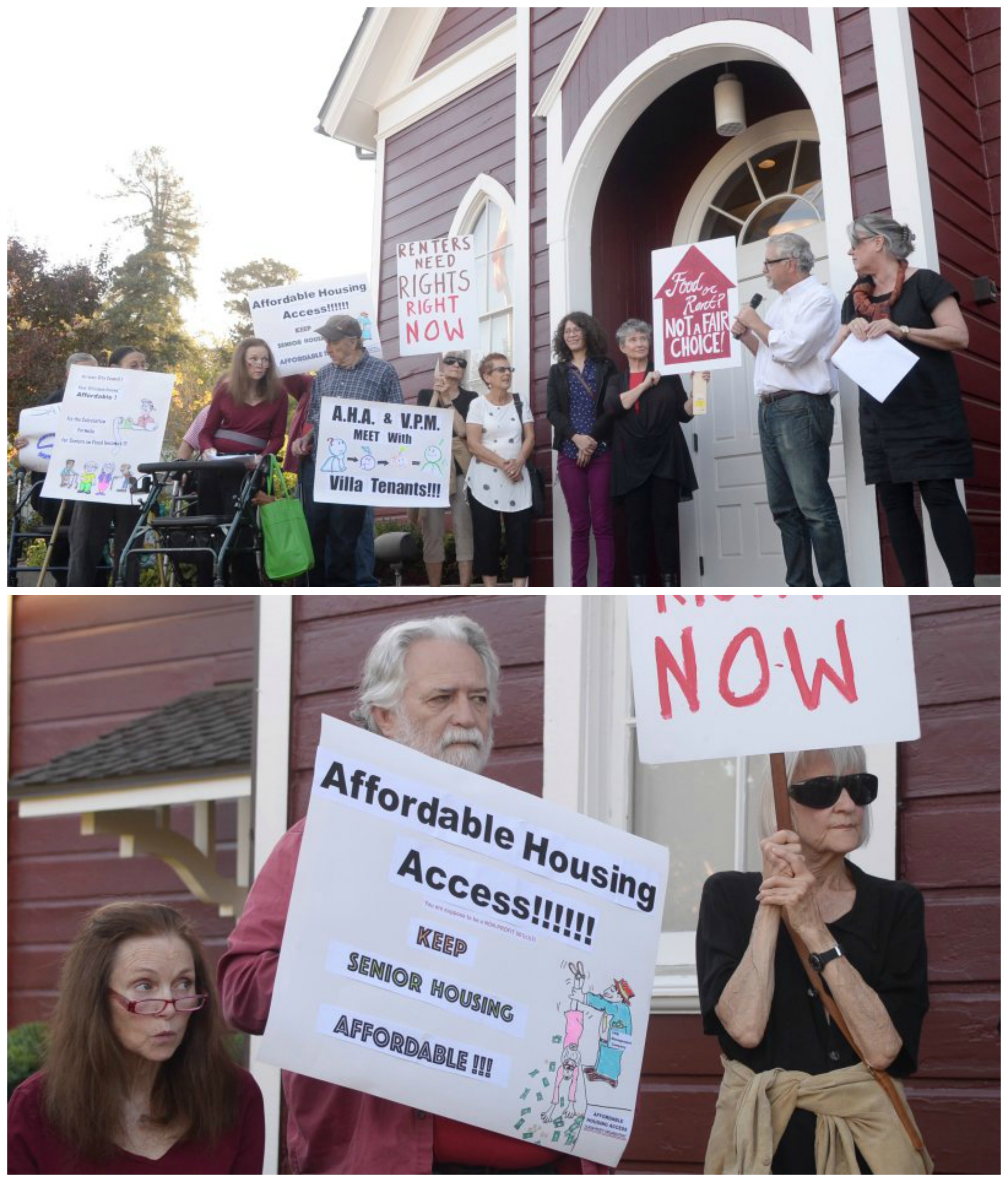 Credited by the Marin Independent Journal for being "instrumental in convincing Marin County, San Rafael, and Fairfax to adopt renter protections" (including mandatory mediation and just cause for evictions), Marin Organizing Committee leaders are taking the fight to the City of Novato.  At a press conference in front of City Hall, low-income senior leaders of a 128-unit Novato apartment called on the City to monitor the situation and support low-income tenants.

Over the last 16 years, residents have faced 13 rent increases -- the most recent of which being 15%.  Resident leader Sharon Wagner-Higgins says that similar to other residents, she has to choose between her medications and affording rent.  If nothing changes, she says, "I'm going to end up on the street."

“It makes no sense to tie the rents to the area median income in a place like Marin that has high income disparity,” says Marin Organizing Committee leader Judith Bloomberg.  “These are people living on fixed incomes. They shouldn’t be punished because some workers in Mill Valley and Ross are making half-a-million each year.”

Leaders testified at City Hall to ask the Council to help ensure that the landlord keep their promise to meet with residents and negotiate in a good fair.  Said tenants association leader John Geoghegan, “You folks have helped us in the past and we hope we can continue to count on your help in the future to ensure Novato remains age friendly for seniors.”