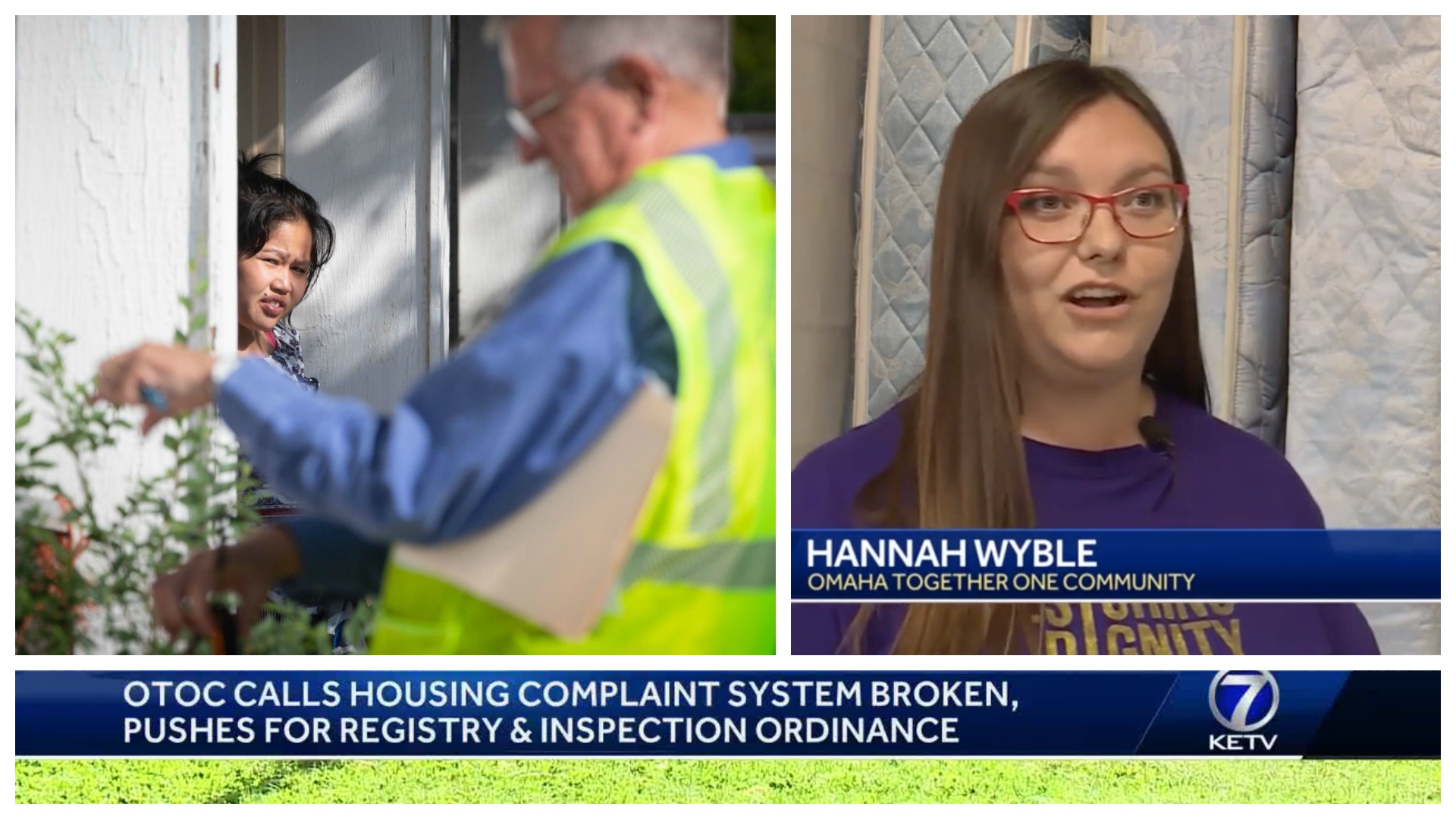 There's a fight in federal court over the Omaha rental registry which was supposed to go into effect January 1st.  Negotiated carefully with extensive input from Omaha Together One Community (OTOC) and local landlords, the registry would allow City inspectors to review a property, even those without a filed complaint, as one step to stop slumlords from taking advantage of tenants.

The registry was negotiated months after 500 refugees were forced out of apartments with 2,000+ code violations.  Months before it was set to go into effect, the Metro Omaha Property Owners Association filed a suit against it.

OTOC leaders are now publicly challenging landlords to work with the community to ensure dignified housing for all Omahan residents.