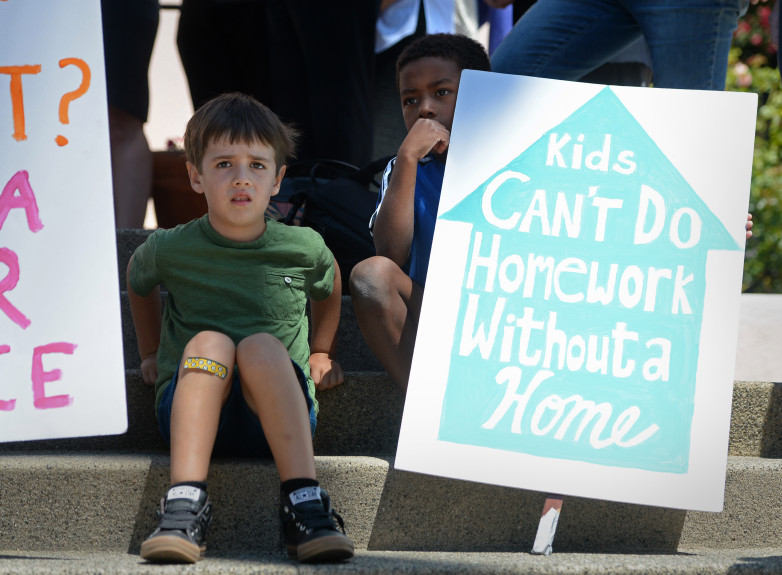 After leaders of Marin Organizing Committee (MOC) called on Marin County Supervisors and every city mayor and councilmember in the county to pass an eviction moratorium, the Board of Supervisors voted unanimously to protect renters affected by the coronavirus emergency.

The ordinance lasts until May 31st and will apply both to unincorporated areas and incorporated cities.  Effective immediately, the resolution also stops landlords from charging a late fee for rent that is delayed due to the health crisis -- something MOC fought for until the last minute.  The resolution will apply to all tenants regardless of their immigration status.

MOC leaders were the only ones to speak at the hearing, not only pushing for the fee waiver, but also for an extended period of time to repay missed rent.  MOC leader Sami Mericle, who lost three of the four jobs she relies on to afford a shared two-bedroom apartment in San Rafael testified in person:

“There is no way I could repay the missed rent by the end of the state of emergency...and I’m not alone.”

MOC leaders are calling the moratorium a "good first step" while noting that the "County has the leeway to alter and extend this resolution as the situation unfolds."  Leaders are also calling for homeowner protections from foreclosures.