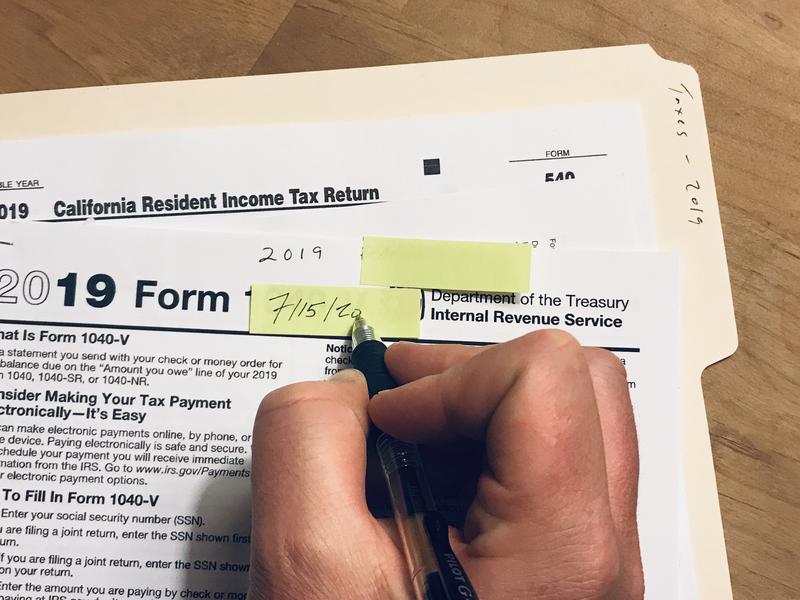 In initial talks with state legislatures, the organizers and leaders of Communities Organized for Relational Power in Action, or COPA were not too sure that the state would budge on who would qualify for California's Earned Income Tax credit, or CalEITC. The tax credit, is intended to give cash back to the poorest working families, but as Covid-19 hit it was clear the threshold to qualify for the credit was not reflective of who the poorest were in the state.

In COPA's eyes, structural change was needed in the form of extending the tax credit to more taxpayers, including undocumented workers. The monetary relief the state circulated to lessen the economic blow of Covid-19 was a one time payment of up to $500 per individual and the deadline to qualify for the aid ended in June 30. This is in to comparison to the Federal CARES Act which provide a one time payment of $1,200.

While not a full expansion to all undocumented workers, the tax credit will help tens of thousands of families with at least one child under the age of 6 who pay their taxes using an Individual Taxpayer Identification Number (ITIN). Some households may receive up to $2,600 each year, depending on their income and family size.

According to IAF, undocumented immigrants represent 10% of the California workforce, and their labor has largely fallen into work deemed “essential” throughout the pandemic — in agriculture, food distribution and service, elder care and child care, among other occupations....

On May 5, more than 1,200 California IAF leaders, along with 10 Bishops and nine state legislators, convened on Zoom to press Newsom to expand the Cal EITC. More than 1,000 faith and community leaders signed on to a letter in support of the expansion, and in the thick of budget negotiations they organized hundreds of leaders to send letters to the governor and to the top leadership of the senate and assembly....

“We commend Gov. Newsom and state legislators for investing in families, especially during a deficit year,” said Rabbi Susan Leider with Congregation Kol Shofar, Marin Organizing Committee. “We know they have faced enormous pressure to cut back, and instead they have paid in. This tax credit is not just a one-time handout, but will help families year after year. Our leaders have been working for months to make sure our essential workers aren’t left behind, and this is a huge step forward.”