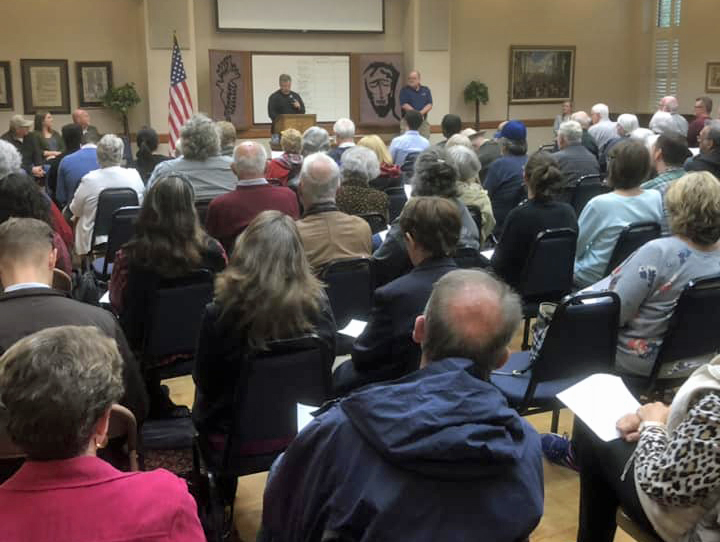 Responding to concerns raised by VOICE, the Oklahoma County Sheriff’s Office announced the establishment of a Citizens Advisory Board.  The need for the board rose to the leaders’ attention in 2016 through small group conversations hosted by institutions, in which leaders heard alarming stories about prison conditions and lack of transparency in the filing of complaints.  At a 2017 accountability session, the Sheriff publicly committed to establishing the committee, if elected.

The Citizens Advisory Board will be formed by a diverse group of citizens interested in participating in the conversation with the Sheriff’s office and will serve as a sounding board to the Sheriff in all aspects of the agency.  According to Sundra Flansburg, a leader with VOICE, the “CAB will be a great way for citizens to learn more about the jail and provide input on potential solutions for issues.”

At the same time, it offers citizens an opportunity to engage in the democratic process beyond the vote.

Voices heard: Oklahoma County Sheriff’s Office is forming a citizens advisory board to better engage with the community and promote transparency, Oklahoma Gazette