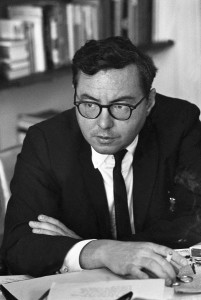 In a New Yorker piece by Samuel Freedman, Industrial Areas Foundation co-chair Ernesto Cortes and Sr. Christine Stephens reflect on the life and spirit of Edward Chambers, the long-time executive director of the IAF that led it to to become the premier community organizing network in the US and around the world.

"Ed believed in the mission of the church, and I don't just mean the Roman Catholic Church," Sister Christine Stephens, a member of Chambers's leadership team in the I.A.F., said. "That mission involved dealing with people who are on the margins, people who don't have power."

"Ed had a spiritedness, a levity. And a lot of straight talk about power."

Lessons From a Great Community Organizer, Council of Philanthropy