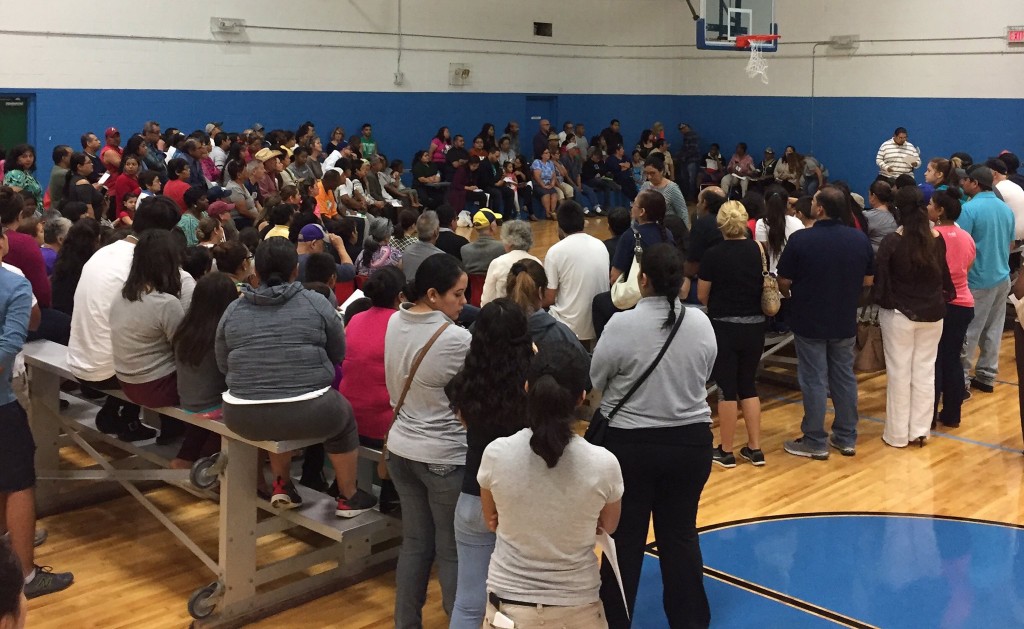 DAI, in collaboration with the Wesley Rankin Community school and center, organized a meeting to brief hundreds of worried renters about their rights as tenants, the basics of eviction law and to pressure the City of Dallas to intervene on tenants' behalf. Mayor Pro Tem Monica Alonzo, along with the Assistant City Attorney, assured renters that extra-legal evictions would not be tolerated.

The next day, the State District Judge Ken Molberg ordered the Dallas landlord to temporarily halt the mass evictions. Dallas Mayor Mike Rawlings exhorted affected residents to keep trying to pay rent, and if refused by the office, to set the money aside for when it would be.

Father and Son Accused of Being Dallas' Most Prolific Slumlords are Evicting Tenants from 305 Homes, Dallas Morning News