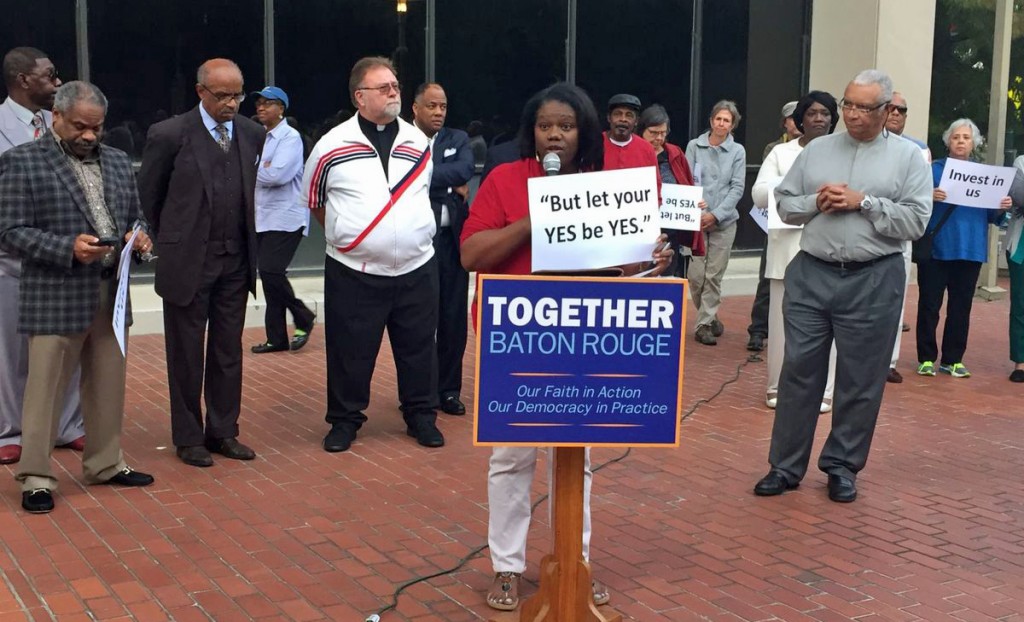 Pointing out that nearly 100,000 Baton Rouge residents live in food deserts, and that during fall elections mayoral and city council candidates publicly committed to investing $1.5 Million to attract grocery stores in the region, leaders of Together Baton Rouge are calling foul on the council's failure to invest any money in the effort for four straight years.

Carrying signs quoting scripture, 75 leaders rallied outside City Hall Monday, asking city council members to fulfill their campaign campaign and invest in the eradication of food deserts in Baton Rouge. Said Community Bible Baptist pastor Rev. Lee T. Wesley, "It's time to transform that commitment into action. If not now, when? If not you, who?"