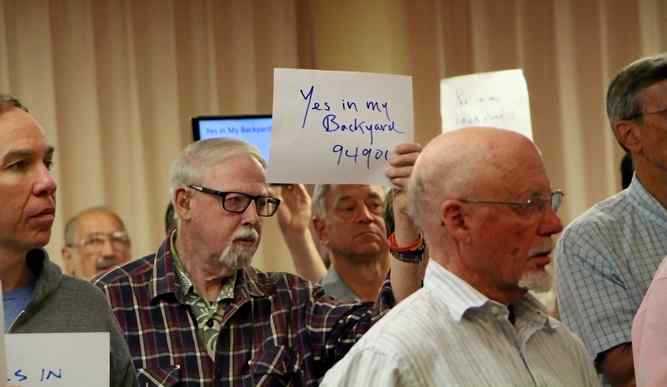 Marin Co., CA - This summer, more than 50 appeared before the Marin County Board of Supervisors to urge them to site, fund and operationalize a year-round shelter for 60 homeless men and women. For the last eight years, Marin's "Rotating Emergency Shelter" (REST) program has operated on a provisional basis, depending on 40 supporting congregations, 17 congregational hosts and thousands of volunteers.

In an effort to turn up the heat on Marin County officials reluctant to invest in local emergency homeless shelters, leaders of Marin Organizing Committee have signed up more than 8,000 voters who have declared, "Yes, in my backyard."