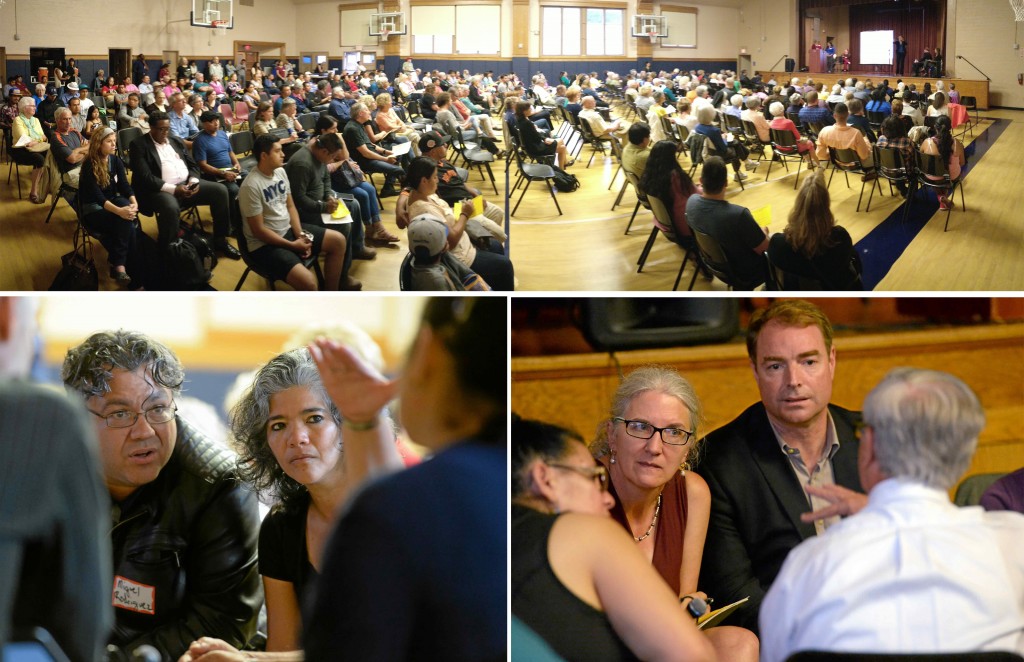 In front of 300 Marin Organizing Committee leaders assembled at St. Raphael Catholic Church, Marin County Supervisor Damon Connelly (in bottom right photo) and Supervisor Katie Rice revealed that the County's next step in addressing the region's affordability crisis might be to require mediation for landlords seeking to raise the rent by more than 5%. This announcement followed a prior assembly convened by MOC leaders to address deportation and eviction threats faced by local immigrants, public testimony in Supervisor Board hearings, and multiple meetings with County Supervisors.

In small group conversations, MOC leaders recounted stories about rents increasing by $700 from one month to the next, finding mushrooms growing behind furniture due to landlord neglect, an eviction that resulted when a woman announced her pregnancy and one tenant living five years at his place with no heat. Given the lack of affordability protections for Marin residents, MOC leaders say some landlords are taking advantage of the county's housing crisis by neglecting to maintain their properties, even while raising the rent.

Leaders say required mediation is a step in the right direction.