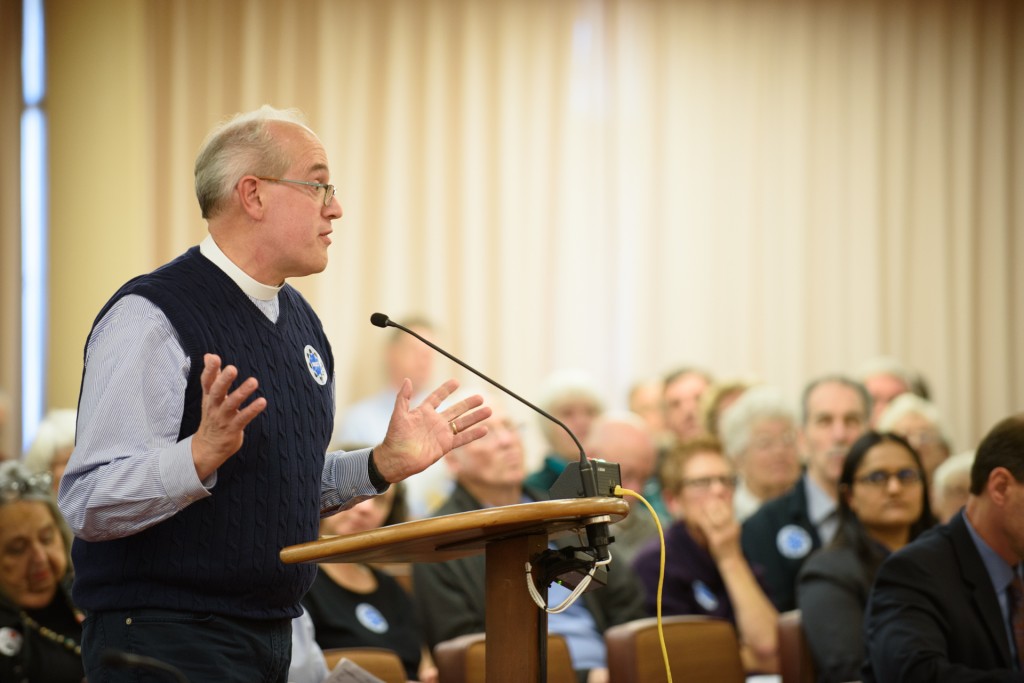 Less than a year after kicking off an organizing effort to address eviction threats in Marin County, the Marin Organizing Committee (MOC) won a significant victory.

On December 12, in response to pressure from MOC leaders, the Marin Board of Supervisors unanimously voted to support a mandatory mediation program for renters. The ordinance will require mediation when requested by a tenant or landlord for rent increases exceeding 5% per year. The ordinance would apply to unincorporated areas of Marin County which include approximately 8,300 renter-occupied units. About 1 in 4 of those renters pay more than 50% of household income on rent.

70+ members of MOC attended two hearings, speaking in support of this much needed program. "From our perspective, housing is not merely another commodity," said Rev. Thomas Gable (featured in above photo), "stable, affordable housing is the bedrock of life and well-being".

While MOC considers this an insufficient step toward meaningful protections for renters, leaders are pleased that this mandatory mediation ordinance passed. They plan to continue pressuring the Board of Supervisors to pass a Just Cause Eviction ordinance as well, out of concern that without such an ordinance, renters will be too afraid to ask for mediation when faced with a rent increase, since they could then be evicted without cause.

Pressure and presence from the Marin Organizing Committee helped advance the time frame in which Supervisors will consider a Just Cause eviction. Rather than wait a year, as originally intended, the Board directed staff to craft a plan for increased code enforcement and community education within three months, and then again in the second quarter of 2018 with a draft Just Cause eviction ordinance.

MOC is continuing to work for similar protections in cities throughout Marin County where the majority of renters reside.