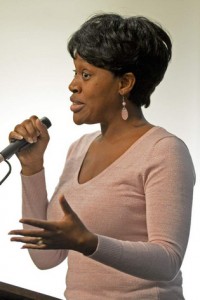 At a meeting convened by Together Baton Rouge and the Baton Rouge Food Access Commission, TBR leaders announced a new limited-stop route to run Saturdays from 'food deserts' to grocery stores as a temporary measure to ensure access to healthy food. Asked Tamika Porter, "If there's such a thing as Whole Food, then what am I giving my children? Half food?"

Capital Area Transit System (CATS) CEO committed to providing the new Saturday bus route by June 2015. He also promised to re-evaluate every route to ensure that buses are stopping at at grocery stores where possible.