TBR Leaders Call for Unity In Wake of Police Shootings 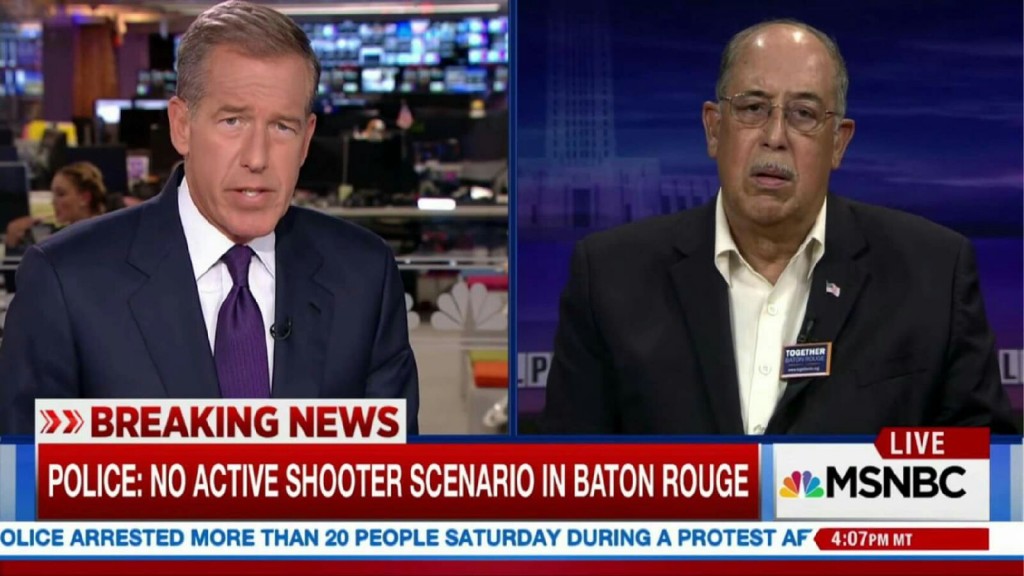 In the wake of the fatal shooting of 3 police officers in Baton Rouge, leaders of Together Baton Rouge continued their call for law enforcement and economic reforms, in addition to calling for unity. Said Retired Lt. General Russel L. HonorÃ© during an interview with MSNBC, "We need to focus on what unites us not divides us." The former Commander of the Joint Task Force Katrina reminded viewers that Baton Rouge police officers earn less than a living wage ($31 thousand per year) stating, "We need to take care of our police." HonorÃ© also pointed out that community policing efforts must not be abandoned.

On the Public Broadcasting Service (PBS), Together Baton Rouge's community gathering was described as giving "a sense of hope and openness" as leaders listened to each other (regardless of race and age) in a mutually professed desire to move the city forward.