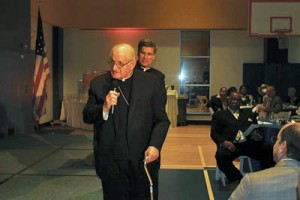 "The Metropolitan Organization, which celebrated the 30th anniversary of its charter this October, works with the voiceless to help transmute their anger into leadership. In a meeting with the Chronicle editorial board, TMO representatives said that the nonprofit, which organizes church congregations and other institutions across the region, encourages residents to say: "This is the city I want," and then to hold government accountable. Under TMO's stewardship, neighborhoods find their voices, and city government acquires a hearing aid...."

TMO at 30: The Metropolitan Organization's Successes Have Changed the Lives of People, Houston Chronicle