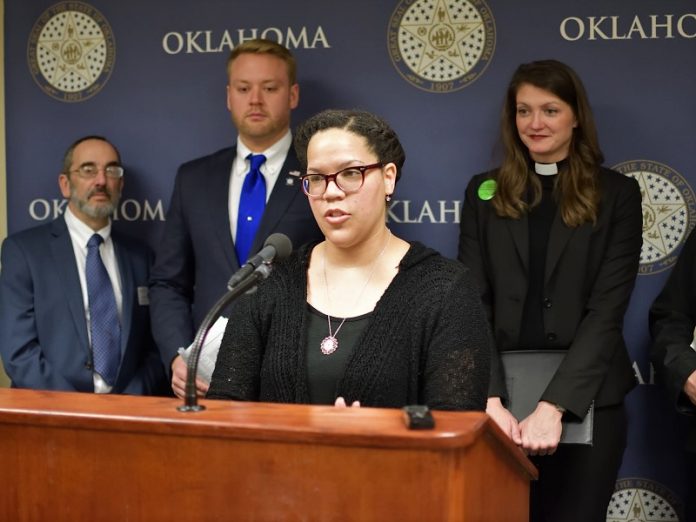 When Angela Basse, a youth coordinator and leader with St. Charles Borromeo Catholic, was a pre-teen she saw firsthand the toxic effects of payday lending on family life. "At the time they were made to look simple," she said, but "we missed out on book fairs in schools, field trips at school, because we didn't have the income. Because we knew that we were having to pay back loans."

She was joined by other leaders of VOICE in support of legislation that would curb the worst effects of the payday lending industry in the state including caps on interest rates and limits to the number of times a loan can be rolled over.

Said Rev. Dr. Mitch Randall of Northaven Church in Norman, "As a disciple of Jesus, when we fail to protect the poor from loan sharks swimming in our communities and the halls of our Capitol, then we are failing the poor. We are also failing Jesus."