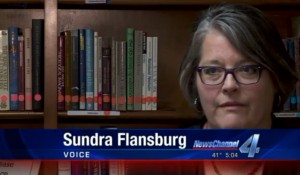 Talking to someone in jail costs a lot of money -- and the people footing the bill are families. Says Sundra Flansburg of VOICE, the state of Oklahoma is "trying to fund the criminal justice system on the backs of these inmates and their families."

VOICE is also taking on how much the Oklahoma County jails charges its inmates. In one case, a recently released inmate was handed an $11,625 bill which he was told had to be paid within three months. In desperation, he reached out to his pastor, who reached out to VOICE. The Oklahoma County Judge said he was "appalled" at how the daily incarceration rate was calculated, angrily asking the Sheriff's department how incorporating indirect costs to the jail's total operating costs can be justified. "I think the public needs an explanation," he said.