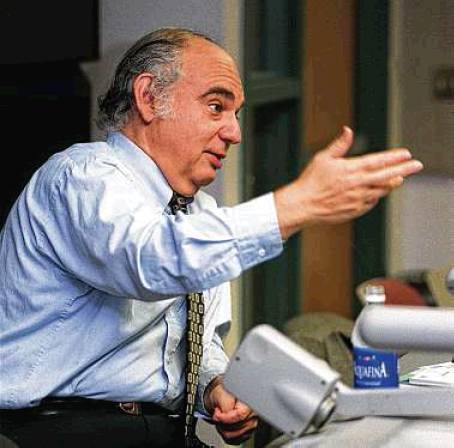 Visionaries peering into the future imagine expanded skylines, glittering downtowns, state-of-the-art stadiums, new businesses and the fusion of human capital and technologies, which earn cities the titles of “great,” “modern,” and “world-class.”

The Basin was essential and a springboard for the city’s economic growth, but it did nothing to protect the West Side from floods whose muddy waters, for decades, would continue to overflow ditches and rush through its neighborhoods, often claiming more lives. These floods and the lack of drainage they highlighted led to the 1974 founding of Communities Organized for Public Service (known as COPS) by the master community organizer Ernesto Cortes, a son of the West Side.

Believing in the natural leadership in neighborhoods and churches, the organization (now COPS/Metro ) was made up of more than two dozen parishes in which people, no matter their income or education, learned they could be sources of light to illuminate and find solutions to their problems.

Armed with passion, knowledge of the issues and a newly developed fearlessness in confronting city and corporate leaders, they discovered an ability to correct inequities such as bonds being approved for West Side drainage projects but never spent on those projects.