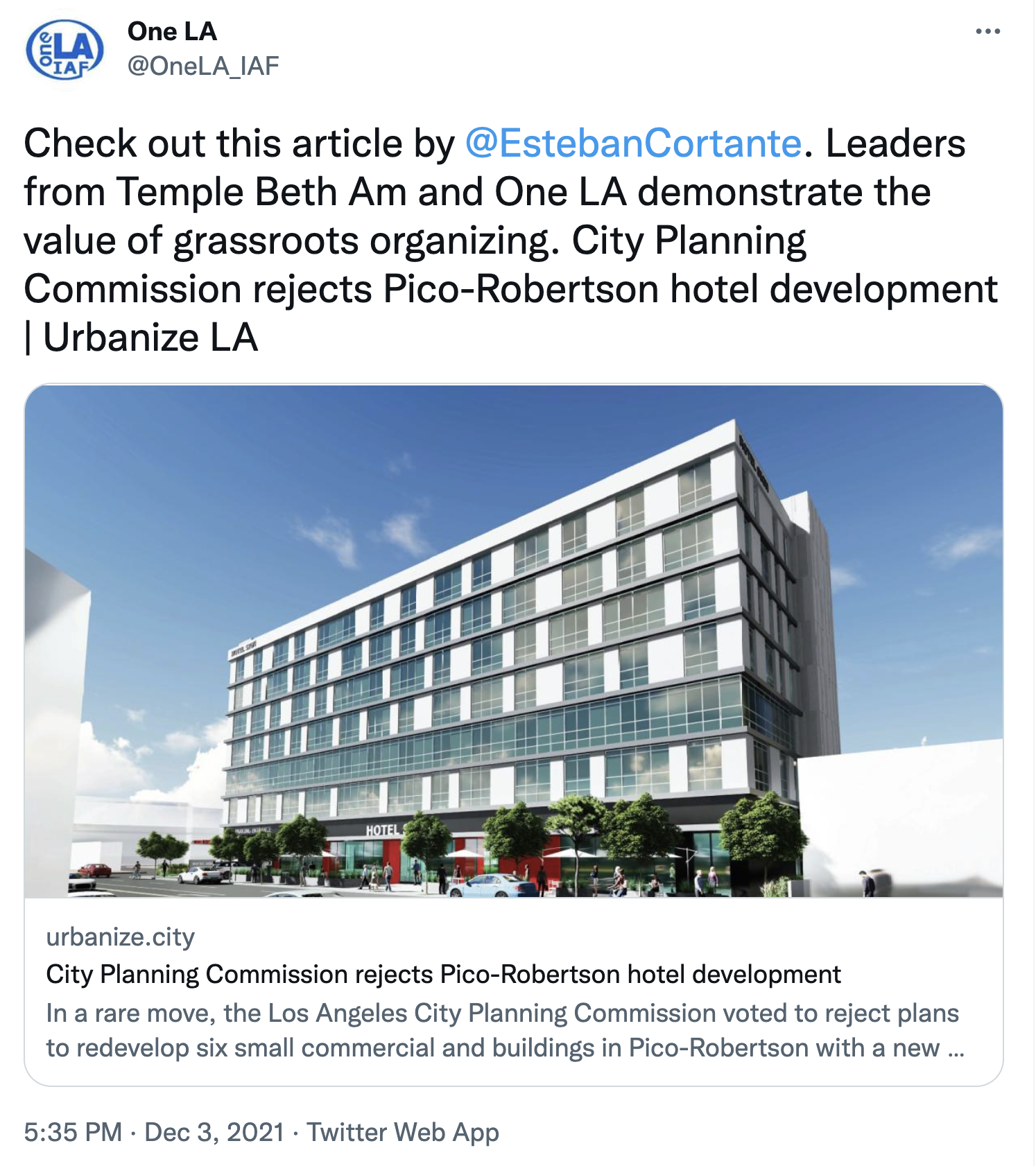 One LA leaders from Temple Beth Am played an important role in the Los Angeles Planning Commission's decision to reject a redevelopment project that would have eliminated 12 units of affordable housing in the Pico-Robertson neighborhood, a desert for subsidized housing units. The proposed plan would have resulted in the demolition of 6 commercial properties and 12 units of rent stabilized housing to construct a 7-story hotel in their place.

Temple Beth Am leaders from One LA have been working with city officials to mitigate the loss of precious affordable housing.  While not opposed to the redevelopment of the area, they expressed concerns about losing housing in a neighborhood where the local city council district office had confirmed that it did not have any housing units that could benefit from the city’s linkage fee program.

Nancy Goldstone, a leader with One LA and resident of Pico-Robertson said,

“This hotel project was going to eliminate affordable housing in an area where there is very little to none.

As a One LA leader it was important for me and our team to organize and have conversations with city officials to let them know that this project did not serve the interests or general good of the neighborhood.”