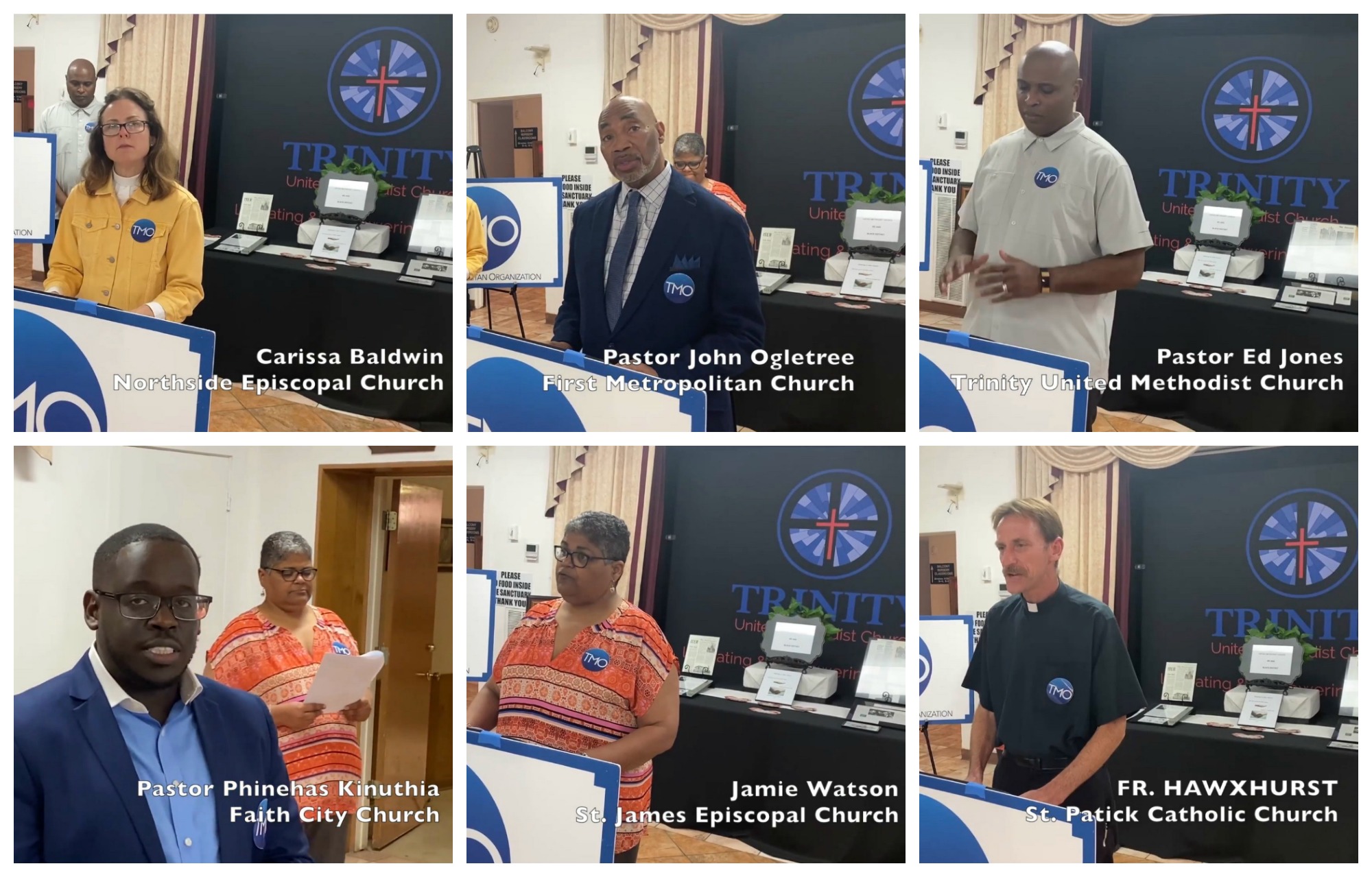 Twice in one week, TMO leaders called on local, state and federal elected officials to adopt legislation and policies to help working families facing economic disaster due to lost wages and jobs. You can watch the press conference here. 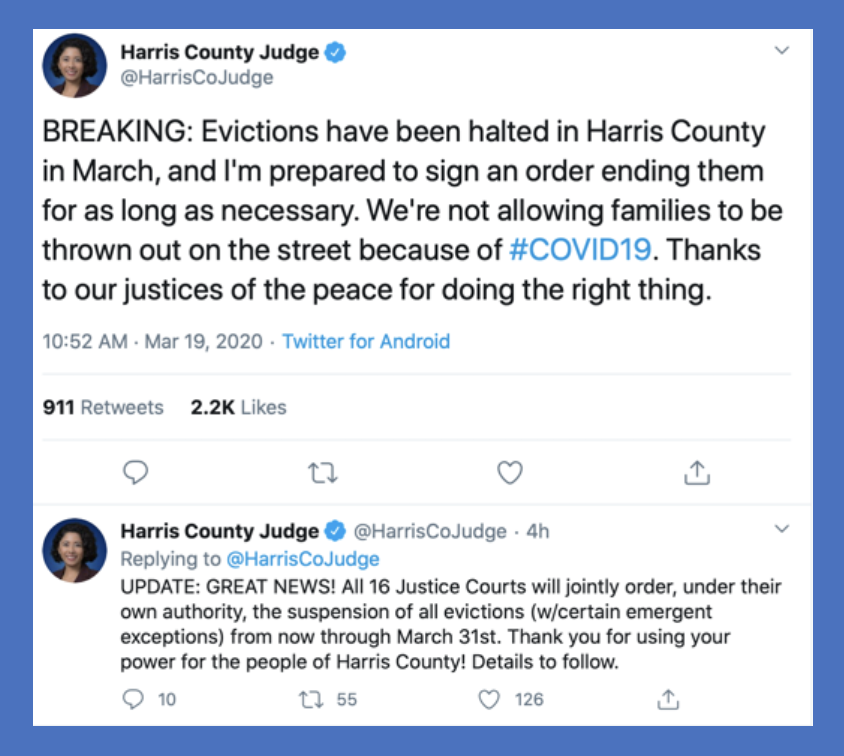 On Wednesday, TMO leaders called on Harris County Judge Lina Hidalgo and Governor Abbott to impose a 60-day moratorium on all evictions so that families are not forced onto the street or into homes of others.  By Thursday, Judge Hidalgo responded, putting a moratorium in place until the end of March, with the possibility of “ending them as long as necessary.”

With millions of households experiencing a layoff or a reduction in work hours during this pandemic, and millions more uninsured who might need testing and treatment for this virus, TMO is still calling on US Congress, Governor Greg Abbott, Texas State Legislators, and other state officials to act now for families.